Five books to look forward to in December 2018 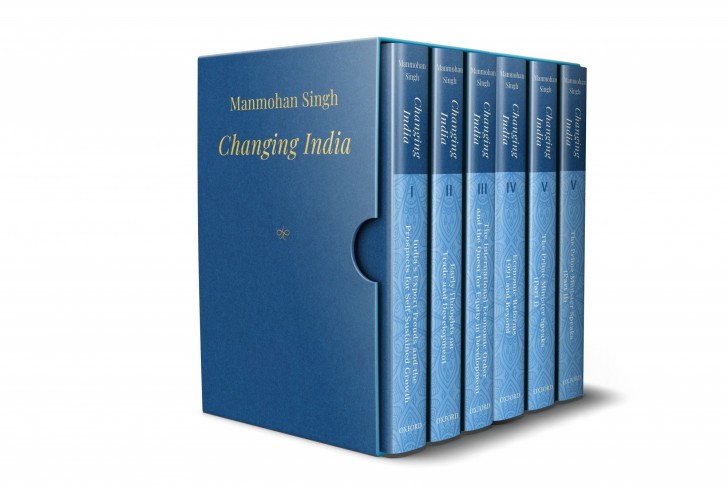 New Delhi, Dec 1It's the last month of 2018, a year that saw the release of several impressive novels and nonfiction works on subjects of contemporary interest. December will ring the final bell before the arrival of literary festivals, and these new offerings across various subjects and tastes will keep you company.
If political books are making much noise lately, brace for some more as former Prime Minister Manmohan Singh, who is on a spree of releasing books critical of the ruling dispensation, will be publishing "Changing India", a unique series chronicling the country's changing economy and polity over seven decades. This set of five volumes offers a selection of his writings, speeches, interviews and press conferences from his days in academia during the 1950s, through his career in the civil service during the 1970s and 1980s, as India's Finance Minister in the early 1990s and as Prime Minister of India from 2004 to 2014.

Published by Oxford University Press (OUP), the upcoming series is said to reveal the evolution of Manmohan Singh's thought, leading to the radical reforms of the early 1990s that transformed the Indian economy and placed it on a trajectory of high growth. The publisher informed IANS that Singh has provided insights into crucial social, economic and political issues of national and international importance, and has articulated his vision for India and the world.

Readers of mythology will not be disappointed as Devdutt Pattanaik, who has authored over 30 books on subjects related to ancient Indian scriptures and mythology, is returning with a new book. It is a popular belief that the Ramayana is idealistic while the Mahabharata is realistic.

"Yet these two epics have identical building blocks, identical themes, and identical history," believes Pattanaik, who in "Ramayana vs Mahabharata", explores the similarities and dissimilarities between the two epics in a "playful analysis" accompanied by his signature illustrations.

Whether it is the family structure, forest exile, or war, the comparison between the two epics, its publisher Rupa said, proves a startling point -- that the Mahabharata is in fact a reaction to the events in the Ramayana.

"Why I Am a Liberal: A Manifesto for Indians Who Believe in Individual Freedom", by Sagarika Ghose, will ask its readers whether they are liberal, or dislike liberals. It argues that whatever the case may be, the liberal is at the centre of public debate today.

"From discussions on nationalism to religion, freedom of speech, freedom to dissent and women's rights, the liberal is regarded as a crucial voice. However, once influential, the Indian liberal is under attack from many who feel liberals have got it all wrong. Liberals stand for individual freedoms and argue against Big Governments. Yet, today, are individual freedoms such as the right to eat, worship, dress, love, marry, set up businesses, free speech, have opinions, read and write what you want in serious danger? Is the dominance of a Big Government or Big State stamping out individual freedom in an unprecedented manner?" asks Ghose.

The author shows how deep liberal traditions in India are and how the founding vision of India was a thoroughly liberal one. This is a compelling and thought-provoking book, a book one might want to read to know about individual freedoms.

And then there is "A Rural Manifesto: Realising India's Future through Her Villages", by Varun Gandhi. The book, published by Rupa amidst a national conversation on rural distress, highlights the potential solutions to putting the village economy on an even keel, while exploring how the vast majority of India ekes out a living.

"In this heartfelt and timely book, covering facets of the Indian rural economy, Feroze Varun Gandhi shines a bright light on the travails of the marginal farmer and asks searching questions on why the rural economy remains in doldrums, six decades after Independence," the publisher said.

The book is said to explore rural India's innate perseverance and highlight potential solutions in development policy with a focus on making the rural economy resilient.

"Where Some Things Are Remembered: Profiles And Conversations - Dom Moraes", edited by Sarayu Srivatsava, will emphasise that Dom Moraes was not only one of India's greatest poets, but also an extraordinary journalist and essayist. He could capture effortlessly the essence of the people he met, and in every single profile in this sparkling collection he shows how it is done.

"The Dalai Lama laughs with him and Mother Teresa teaches him a lesson in empathy. Moraes could make himself at home with Lalu Prasad Yadav, the man who invented the self-fulfilling controversy, and exchange writerly notes with Sunil Gangopadhyaya. He was Indira Gandhi's biographer -- painting her in defeat, post-Emergency, and in triumph, when she returned to power. He tried to fathom the mind of a mysterious 'super cop' -- K.P.S. Gill -- and also of Naxalites, dacoits and ganglords," publisher Speaking Tiger said, giving a backround of the book.

It said that the collection is literary journalism at its finest and comes from an observer who saw people and places with the eye of a poet and wrote about them with the precision of a surgeon.