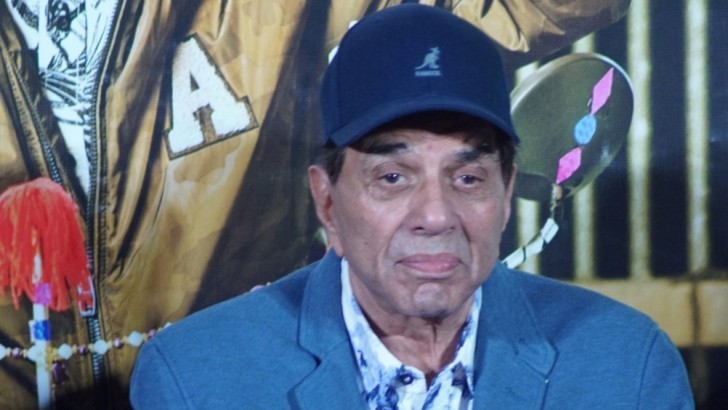 Two days ago, Dharmendra was in his bungalow in Juhu (these days he spends most of his time on his farm in Lonavala, where he is busy writing poetry in Urdu) and knowing that it was his 83rd birthday on December 8 I asked him if he had any one dream unfullfilled.

He grew extremely emotional and said: "God has been very kind to the poor driller from Sanival in Punjab who had come to Bombay with the dream of becoming an actor after I had seen only one film of Yusuf Sahaab. I had to struggle and even starve at times. I even went back to Punjab after seeing that I was not being considered even for a side role. It was kind of great filmmakers like Arjun Hingorani, Mohan Kumar, Hrishikesh Mukherjee, Bimal Roy and O.P Ralhan who gave me the kind of roles that made me what I am today." (He was growing more emotional and took off his dark glasses, which he wears these days, to stop his tears from flowing)

He had still not answered my question and I had to remind him about it in different ways. He finally answered and said it was his only real dream to work in a film with Dilip Kumar which sometimes almost became a reality, but some "jinx" came in the way and he couldn't fullfill his dream of working with the actor who had inspired him and who had treated him like a part of his family on the very first night he met him through the kindness of his sister who was a journalist working with the film magazine, Filmfare and who always treated him like a "Bade Bhai". But he kept waiting for that one opportunity to work with him.

Some time in the 1980s, he almost saw his dream come true. B.R Chopra was planning a film called "Chanakya Chandragupta" and had cast Dilip Kumar as Chanakya and Dharmendra as Chandragupta. The industry was agog with excitement about Chopra's announcement and his passion to make the film showed when he made the producer spend over a lakh of rupees in those days when he sent the Hollywood trained make-up man Sarosh Mody to London only to design the bald Cape in which Dilip Kumar would be seen in throughout the film. Dharam was doubly excited when Chopra and his team of writers included him in all the discussion when it came to the script. Everything was finalised and the film was about to go on the floor when the producer faced a sudden financial crises and had to shelve what could have been a memorable film. More than that, it could have been a dream come true for Dharmendra, who still laments the loss of that "golden opportunity".

There were other times when it looked like Dharam could have seen himself cast with the "actor for whom I could give up my life anytime". The one chance he had was when someone from the south was planning to make "Aadmi" with Dilip Kumar and another big hero of the times, but the role ultimately went to Manoj Kumar, another great fan of Dilip Kuma. Dharam did not mind losing out to Manoj because they were very good friends and Manoj had stopped him from going back when he couldn't find any work.

Dharam had to wait for several years for a chance to come close to his dream. The last big chance was when Dilip Kumar himself decided to direct his first film called "Kalinga". Dharmendra "literally moved heaven and earth" to find a role in the film, but it took Dilip Kumar several days to make Dharam understand that there was no role for him in the script as he would have to play his (Dilip's) eldest son which would not suit him. Dharam somehow wanted to be associated with his idol's first film as a director and asked Dilip Kumar to cast his son, Sunny Deol as the son in the film and it was okay for Dilip Kumar, But Sunny who was a ruling romantic and action hero of the time refused to do the role as it had negative shades and a new actor had to be taken for the role.

Dharam never stopped trying to be a part of any film Dilip Kumar was doing, even if he knew that the role that would be offered to him would not be the role he would like to do. He had come to Bombay (now Mumbai) with the dream of "being another Dilip Kumar" but his dream was still-born.

And when he realised that Dilip Kumar had fallen very sick and would never be able to work again, he spent several days in a state of near depression and even thought of giving up working in films.

Dharam however has always been like a part of the Dilip Kumar and Saira Banu house. He has always been the first to call on Dilip Kumar on his birthday and their wedding anniversary in October. There was a time when some anti-Dharam elements tried to spread stories about Dharam having an affair with Saira, but all the three involved in the wild stories took the rumours in their stride and Dharam was still a part of the family.

It was only some time ago that Dharam came to know that Dilip Sahaab was now so sick that he could not remember any names and could not even recognise his best friends and people close to him that Dharam cried and asked: "uppar wala itna beraham kyu hota hain kabhi kabhi?". He has now stopped visiting the house like many others because he feels there is no meaning of his visiting him if he doesn't recognise him, the Dharam who was his "chote bhai".

(Ali Peter John is a Mumbai-based film journalist. The views expressed are personal. He can be contacted at 09819291548) 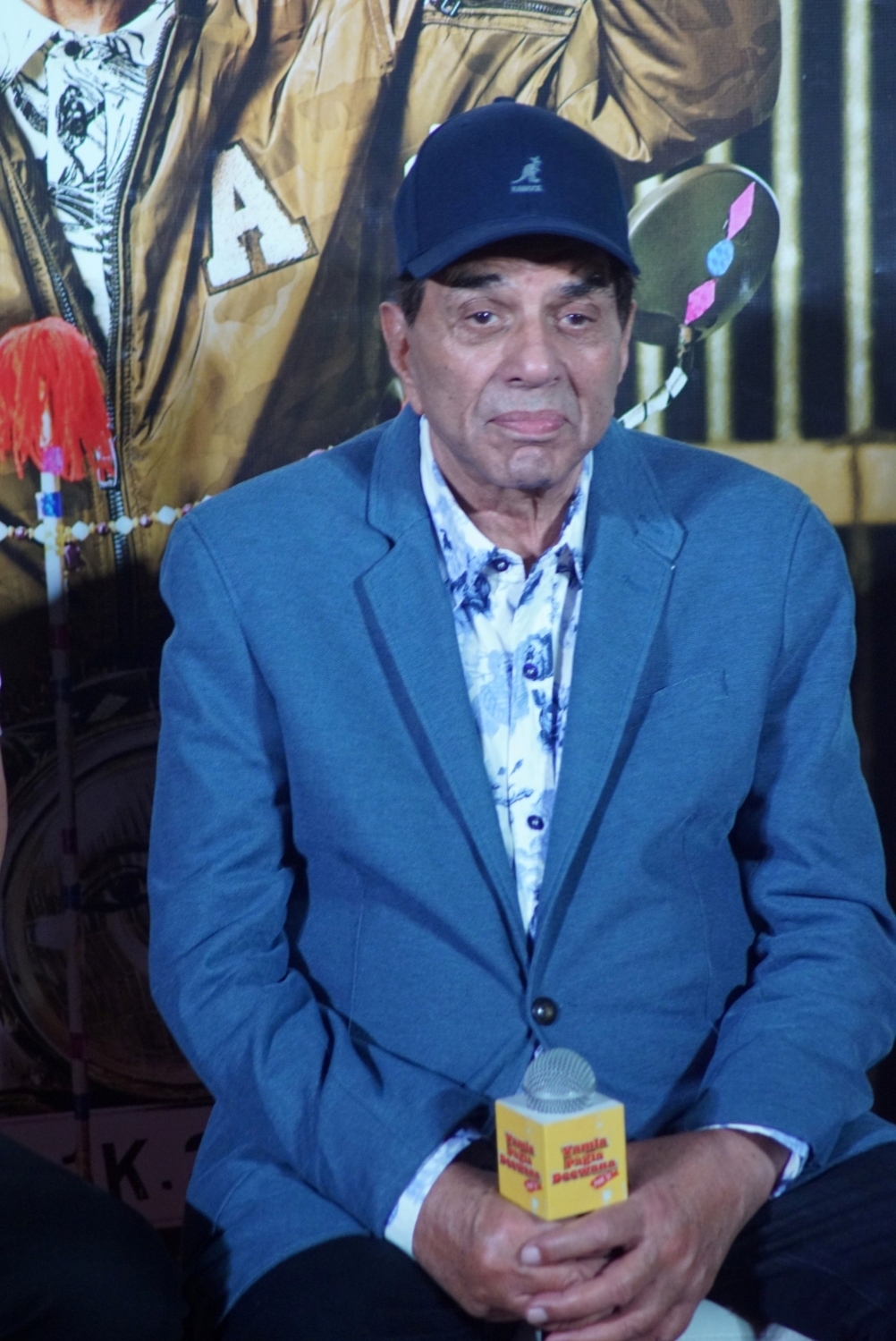