Mowgli: Legend Of The Jungle': Why another weak-willed Jungle Book? (Review) 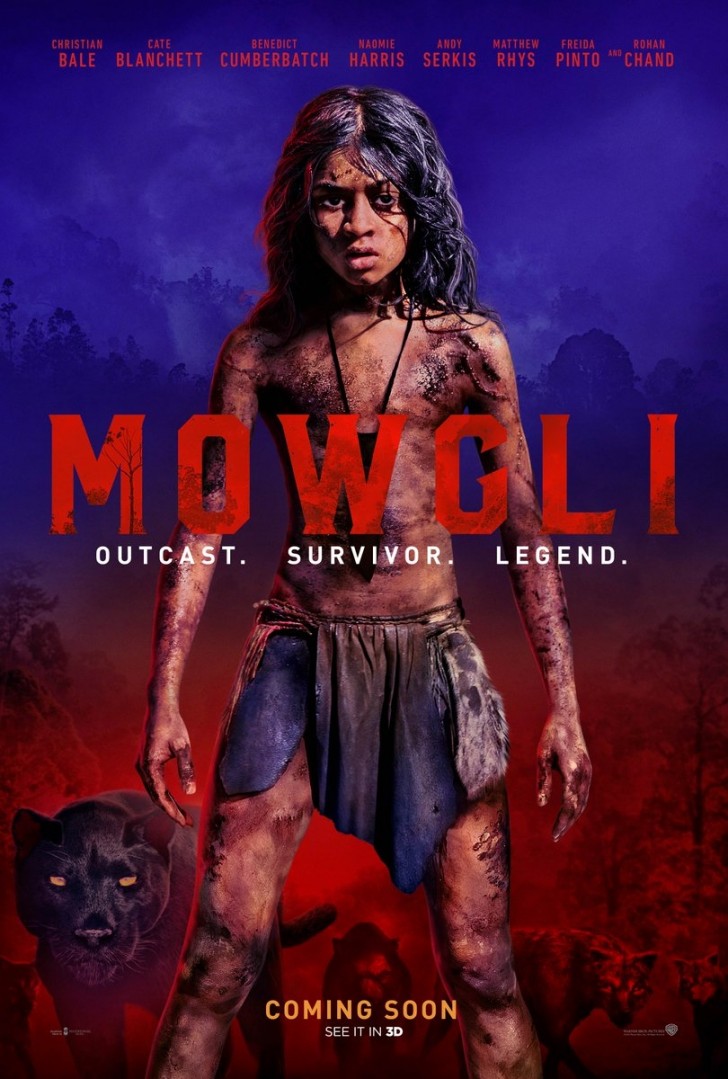 Netflix's big-screen experience of Rudyard Kipling's "The Jungle Book" is here shrunken in size. And it's not just the size of the screen that's diminished. This adaptation, coming just two years after Jon Favreau's fabulous take on the timeless tale of animals and human beings, is feeble, redundant and deplorably down-sized, often resorting to trite ploys and tested gimmicks to get our attention.

The film is not only irrelevant in the light of the earlier adaptation, it is also far bloodier with deep bloody wounds playing a large hand in making us feel the sinisterness of jungle life.

Got the gore. But where is the enigma of the jungle? Those familiar with the Kipling saga (and who is not!) would know how the film adaptations work.

The characters are all talking animals, while little Mowgli has to be a bright animal-like creature of the dark. Tragically, little Roshan Chand doesn't measure up. He is eager to make Mowgli come alive, sometimes way too eager.

Director Any Serkis needed to exercise more control over the proceedings. The narration seems to run all over the place. And the episode where Mowgli is sent to a village to be humanised looks as strenuously off-key as the institution in the recent Hollywood film "Boy Erased" where the young gay protagonist is sent to "think straight".

There is nothing more self-conscious than a community committed to conformity.

The "Indian" village seems straight out of a fairytale book with pop out pictures, with Freida Pinto doing a Hollywood equivalent of village 'nautanki', bovine smile quivering lips and all.

Freida speaks Hindi as if she had just picked it up from watching "English Vinglish" in a loop. Little dark Indian boys in loincloths (with their skin coloured to look suitably non-Caucasian) scamper around frolicking with not a care in the world.

Agreed, Kipling's vision subsumed an aspirational fantasy. But updating a classic is all about keeping the faith alive by renewal. This adaptation of Kipling seems frozen in time, occasionally casting aside its mantel of stagnancy to reveal a heart that actually beats.

Most of these moments are accrued in the scenes featuring the voice of Christian Bale as the wise compassionate panther Bagheera.

I have seldom seen an actor do a more effective voiceover. When Bale speaks, we listen.

The rest of the animals are also voiced expertly. However, Bendict Cumberbatch's Sher Khan is no match to his counterpart Idris Elba in the 2016 adaptation.

Staring at the disappointing take on the Kipling classic, I wondered why the brains behind this whitewashed homage to the animal kingdom needed to put their mind into making this limp leafy drama in the first place.

There is a sequence, ostensibly poignant, where Mowgli is confined in a wooden cage by villagers. Bagheera comes visiting. Mowgli screws up his face and pleads to be taken away. Bagheera refuses and walks away.

At that moment, I felt exactly like Mowgli. Trapped in a situation I didn't appreciate. Luckily, Netflix gives us the option of the 'off' button.