It is ding-dong battle in MP 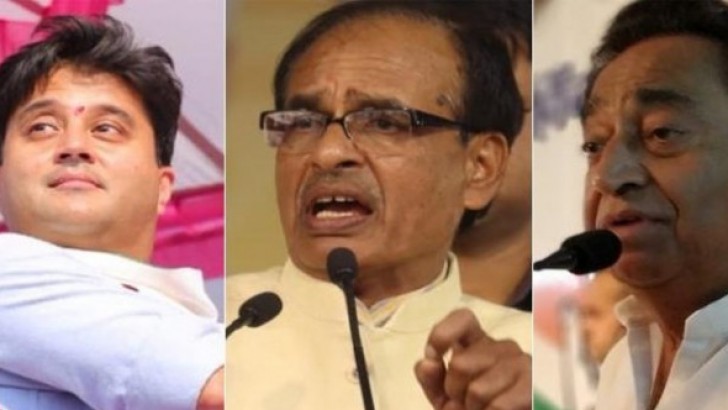 Bhopal, Dec 11: Contrary to exit poll predictions that gave the Congress a clear edge in Assembly elections, the Congress and the ruling BJP were involved in a nail-biting contest for power on Tuesday.

Both Congress and Bharatiya Janata Party (BJP) leaders claimed they were poised to win a majority in the 230-seat Madhya Pradesh Assembly. The BJP has ruled Madhya Pradesh, like Chhattisgarh, for 15 long years.

The first trends from postal ballots put the BJP candidates in the lead before reversing the trend and putting the Congress ahead of others.

Then began a see-saw battle, making it a nail-biting fight.

Post noon, the Congress again surged ahead of the BJP, with 114 seats to its credit compared to 98 of the BJP.

Thousands of BJP and Congress activists were gathered in all counting centres, cheering every time their candidate took the lead.