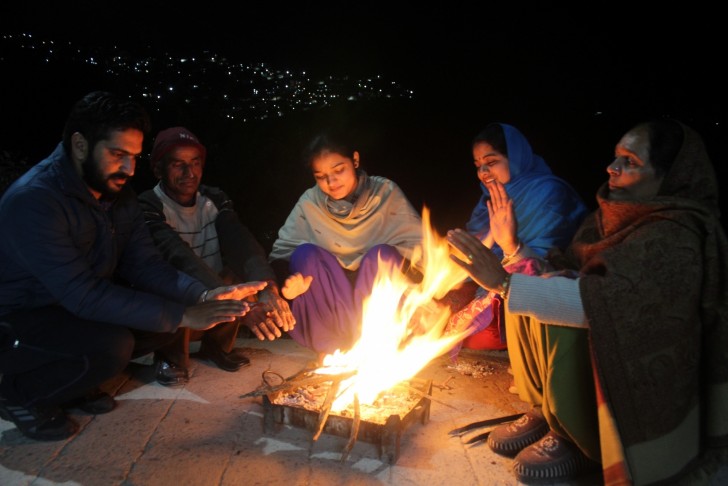 Shimla, Dec 12 Himachal Pradesh's picturesque resorts of Shimla and Manali woke up on Wednesday to a white blanket of snow which was the season's first snowfall in the state capital, the weather bureau said.

The residents of Shimla shivered as icy winds brought down the minimum temperature.


Tourist spots near Shimla, such Kufri, Fagu and Narkanda too experienced snowfall.

So is nearby hills of Manali like the Solang ski slopes, Gulaba and the Rohtang Pass (52 km from Manali) have been experiencing snow.

Kalpa in Kinnaur district and Keylong in Lahaul-Spiti district saw snow on the second consecutive day.

The temperatures remained below the freezing point at most places in the state with widespread snow and rain since Monday, an official of the meteorological office here told IANS, adding the western disturbances would start withdrawing from Thursday.

The majestic Dhauladhar ranges of the Himalayas surrounding Dharamsala wore a fresh blanket of snow.

As news of the snowfall will flash across the plains, tourists will start flocking to the hill destinations, according to tour operators.