'Over the moon': Klopp ecstatic ahead of training return 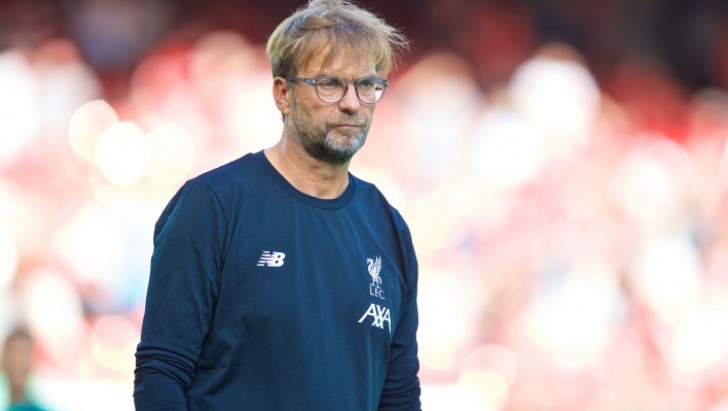 Liverpool, May 20
Liverpool manager Jurgen Klopp has expressed his happiness over the prospect of returning to training ahead of proposed Premier League restart next month.

All football in England has been suspended since March as a precautionary measure against the spread of coronavirus pandemic and authorities are targetting mid-June as a possible date to resume the league.

Players have been currently training individually, following all social distancing norms, but they will soon be able to train in small groups and Kloop expressed his happiness regarding the same.

"I was over the moon, I would say. I couldn't wait for a while now, so I am really happy that we are able to do this again – going back to Melwood, having small group training and stuff like this," Klopp said in a video uploaded on Liverpool's Twitter handle.

"It will be intense, for the coaches especially because a lot of players in small groups means a lot of sessions, but we've had enough time to rest so we will be fine."

Klopp also gave an insight as to how the players will be approaching training initially. He stated passing and movement will be worked on extensively before they can go ahead with practising other aspects of the game.

"Getting used to the ball, the pitch. And boots. That's how it is. And passing. We always combine with tactical stuff, so with four players that sounds already like a row of four so you can do a little bit of stuff with that, but it's really about getting used to it," Klopp said.

"That's first and foremost the thing. It will be passing, it will be turning, there will be no challenges allowed so we will not do challenges, which is a big part of football but will not happen in that period.

"We were already creative and we will be creative. Maybe some footage will be shown on LFCTV, I would think – if you are far enough away with the camera then you can film it and people can see it. It will be good fun for the boys, they can't wait as well," he added.