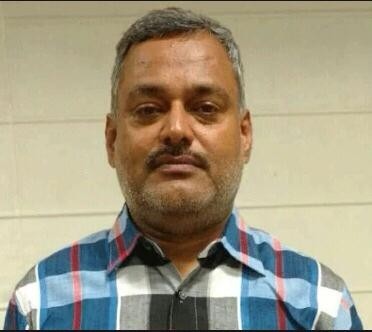 Lucknow/Bhopal, July 9 The war of words between the Congress and the BJP over dramatic surrender of Uttar Pradesh's most wanted gangster Vikas Dubey, has taken a turn for the worse. UP Congress, in a tweet, has named Madhya Pradesh Home Minister Narottam Mishra as having allegedly facilitated the surrender of Dubey in Mahakaal temple at Ujjain. Congress leader Priyanka Gandhi too raised questions on Mishra's role in the much-talked about surrender.

"Instead of congratulating MP police for arresting a dreaded gangster involved in killing of 8 police officers, Congress is questioning the very role of the police," he said in a tweet from his official handle as Minister of Home, Health and Family Welfare.

Congress General Secretary Priyanka Gandhi, presently known for her proactive approach in UP, also alleged that dramatic surrender of Dubey indicates a prevailing criminal-political nexus in the state which should be unearthed. She demanded a thorough probe by the CBI to unravel the political connection of the dreaded gangster.

On the other hand, BJP's principal opponent in UP, the Samajwadi Party (SP) alleged that after killing 8 police officers in a fierce encounter in Kanpur, Dubey fled to Madhya Pradesh's Datia and later, with help of his lawyers, stage-managed his surrender.

SP national spokesperson and former UP minister, I.P. Singh said that while UP Police killed lesser-known members of Dubey gang in different encounters, the kingpin was given time to surrender. "The police misled everyone by saying that Dubey was in Faridabad (Haryana). However his surrender in Ujjain temple makes it clear that the don was being harboured in a BJP-ruled state (MP) and given enough time to manage his surrender," said Singh, one of the most vocal SP leaders against the Yogi Adityanath government.

UP Congress earlier claimed that Dubey has links with a few BJP leaders. In a tweet on Thursday afternoon, the Congress revealed that MP Minister Mishra is presently in-charge of Ujjain, the temple town of MP, where Dubey had surrendered to the police. Congress also underlined the fact that Mishra was earlier 'election in-charge' of Kanpur, a city from where Dubey hails. In simpler words, Congress tried to see a link between Dubey and Mishra and concluded that gangster's surrender was politically managed, a charge which the BJP has strongly denied.

Sources in the UP Police told IANS that enquiry by the Special Task Force into the criminal-police nexus is on. "We have already taken strict action against several police officers for having connections with Vikas Dubey. A DIG level officer was also transferred though he was not directly linked with the gang's activities. We will continue to unravel the names of those who at any given point of time have helped Vikas Dubey in expanding his underworld activities," said an IPS officer.