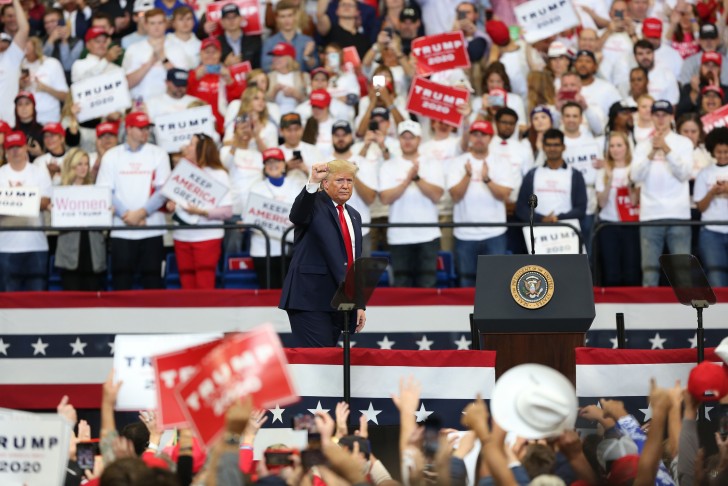 Washington, July 30
US President Donald Trump and presumptive Democratic nominee Joe Biden were tied in Georgia, a state that typically votes for Republican candidates in presidential elections, according to a poll.

The poll released on Wednesday by Monmouth University showed that Trump and Biden each won 47 per cent of support, while another 3 per cent went to Libertarian Jo Jorgensen, and the remaining 3 per cent remained undecided, Xinhua news agency reported.

Biden led by 22 points among independent voters in the state, and black voters overwhelmingly supported the former Vice President over Trump by 84 points.

Both candidates gained huge support from their own parties, with 92 per cent of Republicans backing Trump and 96 per cent of Democrats supporting Biden.

The President's approval rating is at 46 per cent in the poll, with 45 per cent disapproving of the job he has done in office.

Biden's approval rating in the poll is underwater at 41 positive and 46 negative.

The Monmouth University survey of 402 registered voters in Georgia was conducted between July 23-27.