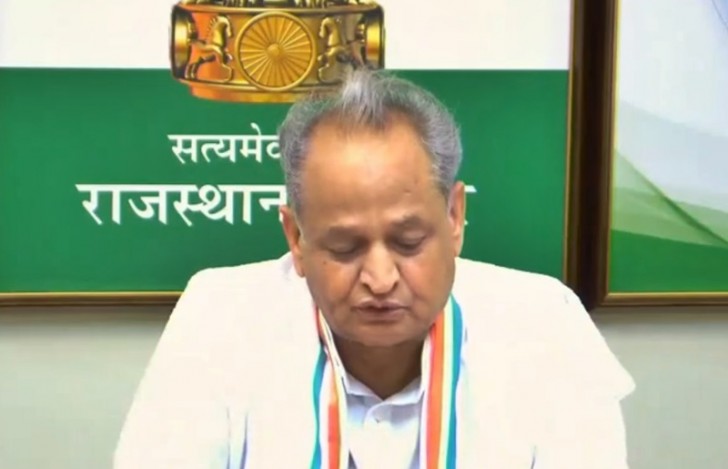 Jaipur, July 31 Amid allegations of horse trading, the Rajasthan Congress MLAs staying at a hotel in Jaipur have been shifted to Jaisalmer for the next 14 days on Friday. The Rajasthan Assembly is scheduled to convene on August 14 and till then the MLAs will stay at the Jaisalmer resort.

The MLAs were staying at Hotel Fairmount from July 13 after Sachin Pilot along with 18 MLAs went incommunicado.

Chief Minister Ashok Gehlot addressed the MLAs and said that the merger of BSP MLAs with Congress cannot be wrong when in Rajya Sabha 4 TDP MPs merged with the ruling BJP. The Chief Minister has hinted that he will seek a vote of confidence once the Assembly convenes on August 14.

Gehlot said that horse trading rates in Rajasthan have gone higher as new rates have been announced soon after the Assembly session date was finalised. He had said "The rates of horse trading have increased after a new assembly session has been announced. Earlier, the first instalment was Rs 10 crore and second was Rs 15 crore for MLAs. However, now it's gone unlimited and everyone knows who is involved in horse trading," adding that no one knows who all have collected the first instalment as well.

He also targeted Bahujan Samaj Party chief Mayawati, and accused her of taking the stand at the behest of BJP.

Gehlot also called those MLAs for floor test who were disenchanted and said that as they won the election on Congress sign and symbol, it is their duty to ensure that they stand with the party on the floor.