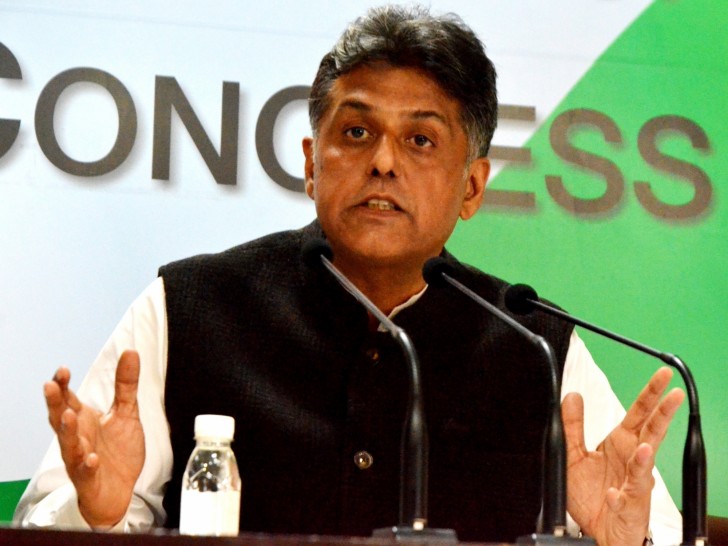 New Delhi, Aug 1 Even as the veterans vs Team Rahul war within the Congress is out in the open, former Union Minister Manish Tewari on Saturday hit out at party leaders who questioned 10 years of the United Progressive Alliance rule at the Centre, calling them "ill-informed".

Interestingly, he gave the example of BJP to put out a contrasting picture on party unity.

"The BJP was out of power for 10 years (2004-14). Not once did they ever blame (Atal Bihari) Vajpayee or his government for their then predicaments. In @INCIndia (Congress), unfortunately, some ill-informed (leaders) would rather take swipes at Dr Manmohan Singh-led UPA government than fight the NDA/BJP. When unity is required, they divide," the member of Parliament from Anandpur Sahib in Punjab tweeted.

The verbal tongue-lashing from the former Minister for Information and Broadcasting comes after a number of party MPs questioned the UPA rule and demanded introspection on Congress debacles within the party.

The members of Team Rahul had asked for introspection when the Congress' Rajya Sabha MPs met on Thursday. The issue of the 2014 election debacle was raised by Rajeev Satav, IANS had reported on Friday. He was countered by party senior and former Union Minister Anand Sharma and others.

Tewari said on Friday: "Was the UPA responsible for the decline in the Congress fortunes in 2014 is a valid question. It must be gone into. Equally valid is the point that the UPA was sabotaged from within. The 2019 election defeat must also be analysed."