Trump says he'll ban TikTok from operating in US 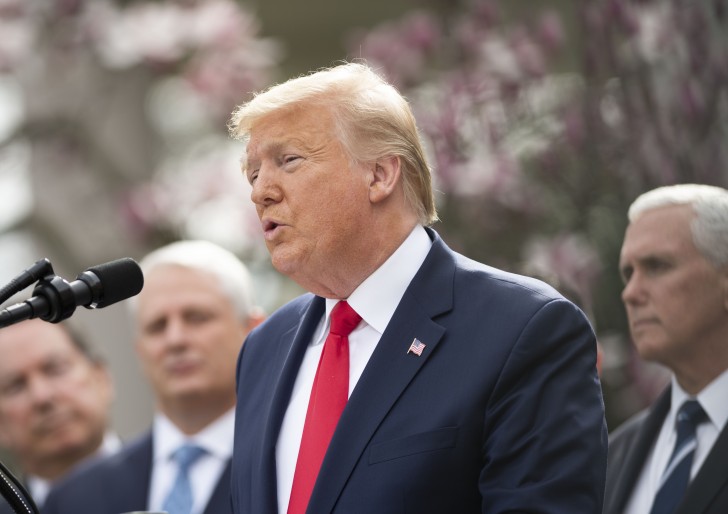 Washington, Aug 1
US President Donald Trump has said that he will ban the popular Chinese-owned video app TikTok from operating in the country through an executive order as early as Saturday, according to media reports.

Speaking to reporters on board the Air Force One on Friday, the President said: "As far as TikTok is concerned, we're banning them from the US."

Trump said he could use emergency economic powers or an executive order as early as Saturday to officially bar the company from the US, The Hill news website reported.

"Well, I have that authority. I can do it with an executive order or that," the President said, while signalling that he was not supportive of allowing an American company to acquire TikTok.

Trump's announcement came hours after reports that Microsoft was in talks to purchase TikTok from Beijing-based company ByteDance.

That report emerged around the same time news outlets reported that Trump was considering signing an executive order requiring ByteDance to divest the American portion of TikTok due to concerns that the company may be giving sensitive US data collected through the app to the Chinese Communist Party (CCP), said The Hill news website.

Trump administration officials have for weeks floated taking action against TikTok due its connections to China.

Secretary of State Mike Pompeo made similar comments earlier this month, announcing that the administration was considering banning Chinese apps, including TikTok, due to national security concerns.

The US President's announcement also came nearly a month after India on June 29 banned 59 Chinese apps, including TikTok, over national security concerns.

Pompeo had welcomed India's move, saying the "clean app" policy will promote New Delhi's national security against the CCP spying on the country.

"We welcome India's ban on certain mobile apps that can serve as appendages of the CCP's surveillance state. India's 'clean app' approach will boost India's sovereignty, will also boost India's integrity and national security as the Indian government itself has stated," he had said.