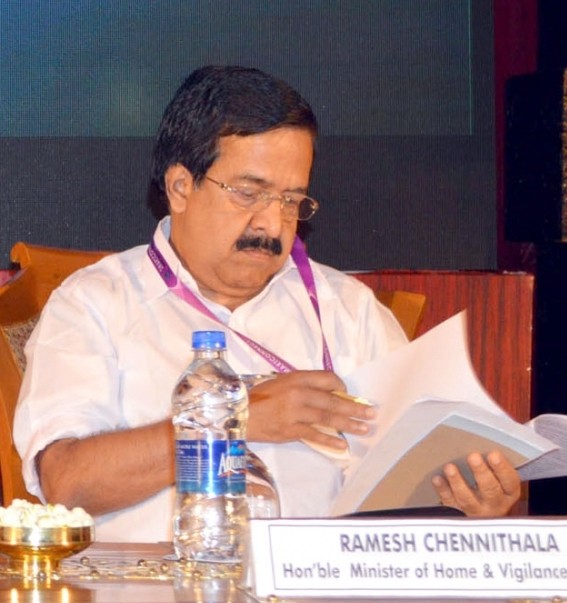 Thiruvananthapuram, Aug 1 Even as a few central agencies are looking into the Kerala gold smuggling case where the Chief Minister's office is in the dock, the Congress, here on Saturday, posed a few questions to Pinarayi Vijayan.

Leader of Opposition Ramesh Chennithala despatched a questionnaire to Vijayan, asking him about his failure to find out relations between M. Sivasankar, Secretary to the Chief Minister, and the gold smuggling gang.

Sivasankar, a senior IAS officer who also held the post of IT Secretary, was working with Vijayan for the past 50 months.

The gold smuggling case surfaced when Sarith, a former employee of the UAE Consulate, here, was arrested by the Customs on July 5 while he was facilitating smuggling of 30 kg gold in diplomatic baggage to the state capital from Dubai.

It issue turned murkier when the name of Swapna, another ex-employee of the UAE Consulate, the employed with the IT Department, surfaced in the case.

Sivasankar, first removed from his posts, was suspended from the service.

Chennithala asked Vijayan if he didn't know about these or kept mum. Also, why he was silent even now -- after coming to know about it.

Raising the issue of Higher Education Minister K.T. Jaleel's frequent interactions with the UAE Consulate, the Congress leader said why Vijayan had no clue about happenings in his office.

He also wondered about Vijayan's continued defence of various consultancy contracts given by Sivasankar, including the Sprinklr deal. He also demanded the CBI probe into the various back-door appointments done during his tenure.

The Congress leader also raised questions about alertness of the state intelligence agencies' while gold smuggling in the name of UAE Consulate was on. Were they aware of it and kept silent, Chennithala asked.

In a letter to CPI-M General Secretary Sitaram Yechuri, the Congress leader also asked about the party central committee's silence over Kerala happenings. "It's surprising even when Vijayan's office is under cloud, the Left Democratic Front is yet to take up the issues," Chennithala remarked.

The Congress-led UDF has finalised a state-wide campaign called "Speak Up Kerala". All MPs, MLAs and state leaders will stage sit-ins at their homes or office on Monday. On August 10, similar protest will be organised in 25,000 wards.