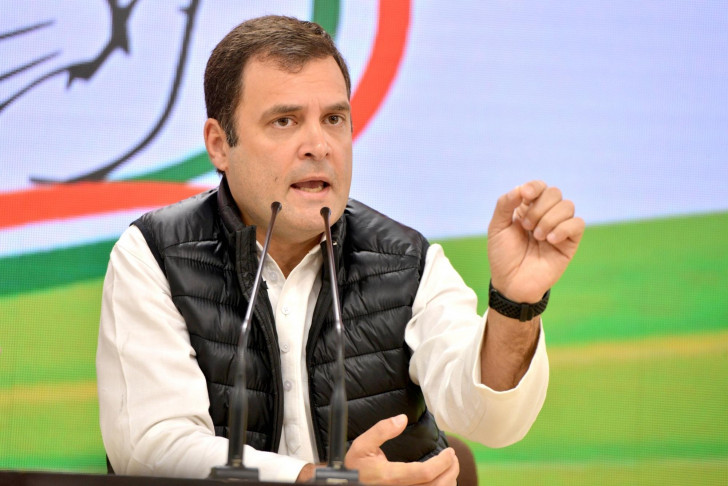 New Delhi, Aug 6
Congress leader Rahul Gandhi has held a meeting with party workers of Bihar through video conferencing where he told them that the situation due to Covid-19 is pathetic and unemployment is rising in the country. He said that the Congress should prepare for the elections in the state with "positivity".

Rahul Gandhi in his speech said that a seat sharing formula with alliance partners will be finalized in 15 to 20 days and asked Congress leaders to respect the allies and their leaders, sources said.


For the seat sharing formula, Congress state in-charge Shakti Singh Gohil will travel this week to Bihar to hold talks with all the stakeholders, Rahul told the party workers.

Leader in the Bihar Assembly Sadanand Singh requested Rahul Gandhi to finalise the alliances soon so that they get time to prepare for the elections. Many Congress leaders including former Minister Shakiluzzaman Ansari raised the issue of outsiders being given party tickets and asked the leadership to give tickets only to dedicated party workers in the wake of the recent rebellions in many states, said sources.

The Congress is set to contest the Bihar assembly elections in alliance with the RJD and other non-NDA constituents.

Chief National Media Coordinator of the Congress, Sanjiv Singh said that over 1000 Congress workers participated in the virtual meeting.

He said, "Rahulji said that he will be present in Bihar as and when the state unit desires."

But the Congress has a tough task ahead on seat adjustment with the RJD which had bulldozed the Congress in the 2019 Lok Sabha elections when Kirti Azad had to contest from Dhanbad in Jharkhand and Shakil Ahmed fought as an Independent.

In the 2015 Assembly elections, the RJD, JDU and the Congress contested the polls together and won handsomely. But the JDU later went over to the BJP.

There are about 100 seats which were contested by the JDU which are yet to be distributed amongst the alliance partners and the Congress too wants a major chunk from the pie, but sources say that the party may settle for 70 seats.