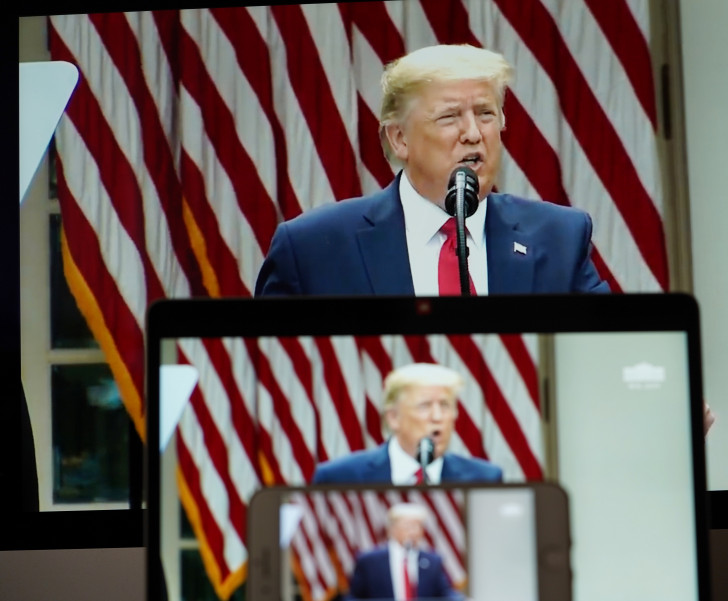 New York, Aug 7 Citing India's ban on the Chinese app TikTok, US President Donald Trump has ordered American companies to stop business dealings with it from September 20, effectively cutting off its lifeblood in the country.

The executive order late Thursday night came as Microsoft was in negotiations with ByteDance, the parent company of TikTok, to buy its operations in the US, Canada, Australia and New Zealand.


By setting a deadline, the order puts pressure to speed up a possible transaction. Microsoft CEO Satya Nadella had spoken to Trump on Sunday about his company's interest in buying TikTok and Trump had approved it.

There are about 30 million TikTok users in the US.

In his order justifying the action against TikTok, the President said: "The government of India recently banned the use of TikTok and other Chinese mobile applications throughout the country; in a statement, India's Ministry of Electronics and Information Technology asserted that they were 'stealing and surreptitiously transmitting users' data in an unauthorized manner to servers which have locations outside India'."

For legal and practical reasons in the US, Trump will not be able to enact an outright ban on the two popular Chinese apps like India had done.

Therefore, the ban on American businesses dealing with their parent companies would be used cripple them by stopping their ad revenue, even if people in the US continue to use them, and prevent Apple and Google from having those apps in their stores.

US officials have cited China's laws that require companies to provide information demanded by the Communist Party and the government as a security threat to Washington because of the vast trove of personal information of users the two companies have.

Moreover, they could be subject to Beijing's censorship.

In the order on WeChat, Trump also cited India banning the app.

China has banned US services like Google and media from being available in that country.

The US is also campaigning to stop countries buying 5G telecom equipment from Chinese manufacturer Huawei because of the security threats from having the gear control telecommunications and potentially have access to communications on the network.

US officials have praised Indian telecom giant Jio for vowing to not use Huawei equipment.

Trump's actions before the elections come as tensions with China spiral over trade, Beijing's aggressive actions around the world and the COVID-19 pandemic that originated in China.

There are also fears of China using the social media and messaging apps to influence elections.

Already, a group has claimed that it sabotaged a Trump campaign rally using TikTok by making fake bookings to attend it, depriving his supporters of seats at the meeting.