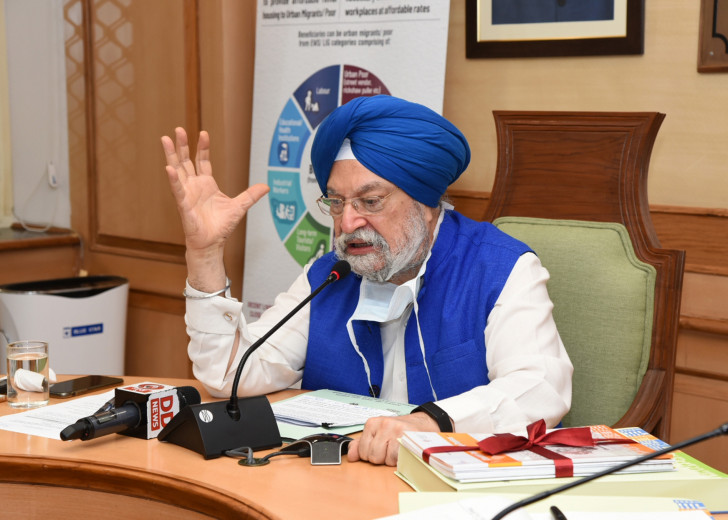 New Delhi, Aug 9 In the aftermath of the Air India Express plane crash that killed 18 people, Union Civil Aviation minister Hardeep Singh Puri on Sunday said the Vande Bharat Mission (VBM) for evacuating stranded Indians across the globe amid the pandemic will continue with the "same undaunted spirit".

In a series of tweets, he paid tribute to the people who lost their lives in the tragedy and also applauded the "solidarity and brotherhood" shown by the people of Kozhikode who took personal risks in providing immediate relief and help to the victims. Their immediate support helped in averting a greater tragedy, he added.


"Deeply pained at the loss of lives on Flight IX-1344 operating under Vande Bharat, a mission which has otherwise been incident-free & facilitated repatriation of more than 973K stranded citizens through various modes," Puri said in a tweet.

He also hailed the "undaunted spirit" of the aviation professionals and people of Kerala as despite the accident, operations from the airport recommenced with two Air India Express flights landing on Saturday morning.

"VBM will continue with the same undaunted spirit. We will continue to bring back our stranded citizens from wherever in the world they are. I join the people of the state & every Indian in paying tribute to the 18 people who lost their lives in this air tragedy," he said in another tweet.

On Friday night Air India Express AXB1344, a B-737 aircraft, with 190 people onboard, landed on runway 10 of the Kozhikode airport amid visibility of 2,000 metres in heavy rain, but overshot and nosedived into the valley and broke into two pieces.

As per flight data tracker, the Flight Radar 24, the IX1344/AXB 1344 Air India Express flight manoeuvred a descent to the runway and reached as low as 1,975 feet, 16 minutes before it skidded. The last few minutes were extremely crucial in reading the adverse conditions that the pilots and the plane were facing.

After this abortive attempt, the plane gained an altitude again to circle and come back after reaching an altitude of 7,200 feet. The plane skidded off the runway in heavy rain in its second attempt at landing. The last reading for the plane was at an altitude of 925 feet and a speed of 174 knots.

Puri said that due to the weather conditions, the pilot could not land the first time, so he did a turnaround and tried to approach it from a different direction.