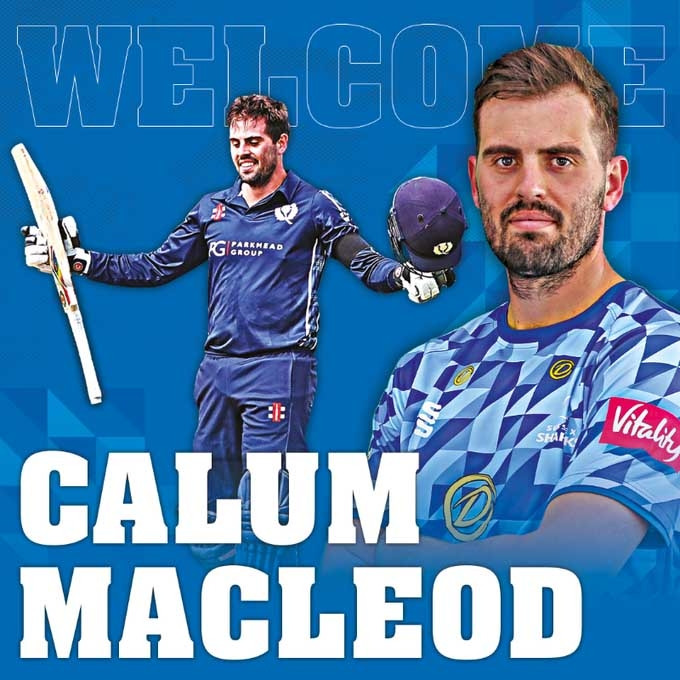 London, Sep 10
Sussex have signed Scotland batsman Calum MacLeod for the remaining matches of this year's T20 Blast competition. The 31-year-old batsman comes into the Sussex squad to replace Phil Salt, who has now joined England's ODI group for the upcoming series against Australia.

MacLeod has played 49 T20Is and 66 ODIs for Scotland and scored an unforgettable century in his country's famous win against England in 2018.


"I'm absolutely delighted to be down here in Sussex," said MacLeod. "It's an exciting opportunity to get out there and play some cricket.

"I've got some good experience having played in the Blast before and hopefully I can add some experience to the dressing room to help win a few games.

"It's a very exciting white-ball squad. Sussex are always a team that when they're on Sky, I sit down and watch them. They've always been a team I've looked at to see how they do things."

"He's performed well in the Blast in the past and we believe he will be a good addition.

"We're missing a couple of players, and with Salty joining the England squad, it's good to have another option at the top of the order," he added.

MacLeod will be available for Thursday night's match against Hampshire at The Ageas Bowl in Southampton.