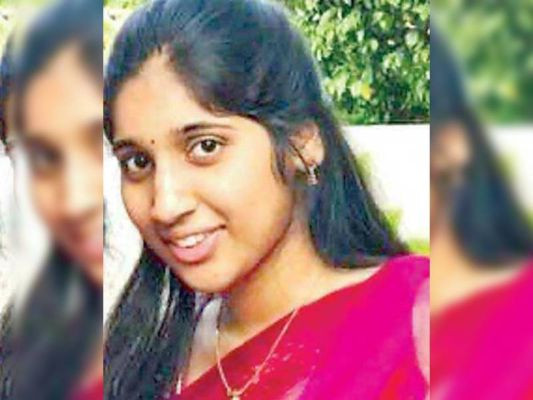 Kamala Polavarapu, 27, a software professional from Andhra Pradesh drowned at Bald River Falls in Tennessee on Saturday, Sept. 12, according to the Monroe County Sheriff's Office.

Officials responded around 4:30 p.m. on Saturday, according to an incident report.

Responders said CPR was already in progress on 27-year-old Kamala Polavarapu from Mayfield Heights, Ohio when they arrived.

Her fiance told responders that they were standing at the top of the falls when they both slipped and fell into the water, according to local media.
Bystanders pulled her fiance out of the water but could not find Kamalau, according to the incident report. After 30-40 minutes, they found her trapped under a log that was caught in a current.

She was pronounced dead at Sweetwater Hospital, according to the report.

She hailed from the Krishna district of Andhra Pradesh. The accident happened when they were taking selfie at Bald River Falls in the US on Saturday.

A graduate in engineering, she went to the US to pursue a masters degree. She later joined a company.
North America Telugu Society (NATS) is making efforts to send her mortal remains to India for final rites.