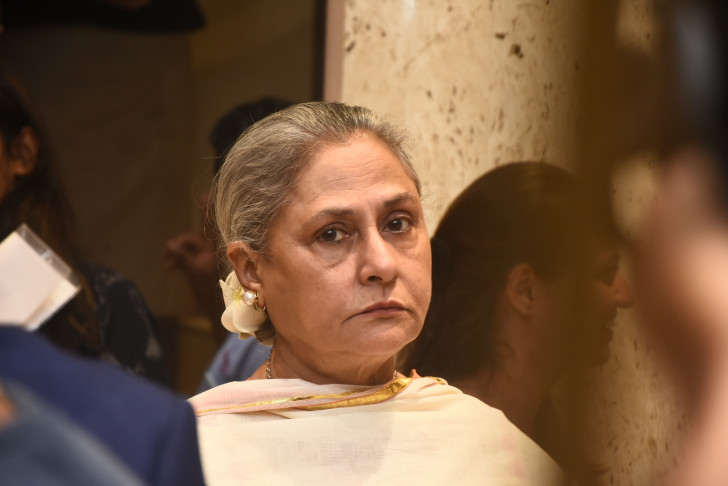 New Delhi, Sep 15
Amid the raging controversy over the death of Sushant Singh Rajput and the subsequent blame game that has been going on for the past three months, Samajwadi Party member Jaya Bachchan on Tuesday raised the issue of continuous effort to defame the film industry in the Rajya Sabha.

Bachchan demanded the government to provide protection and put a ban on the unending bashing being faced by members of the film industry.

"Some of the people who have got name and fame has said it is 'gutter'," she said, without naming the individuals but added they should not defame the industry.

"It is the film industry that gave name and fame to many people," she said. Their is a continuous process to defame the industry for the things done by a handful, she added.

She said that film Industry employs many people in different areas and some are highest individual tax payers.

The veteran actor, who is married to Bollywood legend Amitabh Bachchan is also upset over comments on social media and the media.

The recent barbs between the film fraternity has sharpened since the death of Sushant Singh Rajput on June 14, and Bollywood actress Kangana Ranaut's continued vitriolic verbal attacks on her colleagues in the industry.