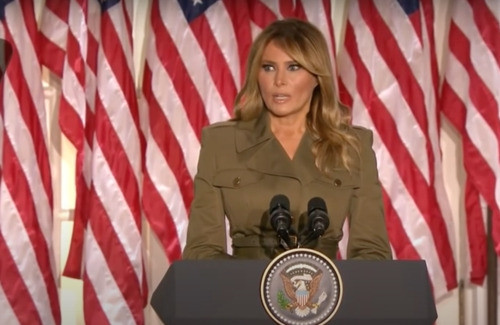 Washington, Sep 15
US President Donald Trump's former wife, Ivana Trump said that she was "uncertain" whether the "very quiet" Melania Trump is doing a good job as First Lady, a media report said.

Ivana Trump married the then-New York real estate developer in 1977 and were divorced in 1991. They have three children together: Donald Jr., Ivanka, and Eric.

She made the remarks during an interview on Monday when asked if Melania Trump was doing a good job as a First Lady, The Hill news website reported.

"I am not sure. She's very quiet, and she really doesn't go to too many places. She goes to stuff when she has to go," the 71-year-old Czech-American businesswoman and former model said.

Asked if she has any relationship or friendship with Melania Trump, who is the President's third wife, Ivana Trump replied: "No, I speak directly to Mr. President, and I don't get involved with the ex-wives and his private life."

During Monday's interview, Ivana Trump also said that her and President Trump's daughter Ivanka, who is also a senior White House adviser, could "definitely" be the country's first female President.

"I think she could be one day the first girl, or woman, president. Definitely," she added.