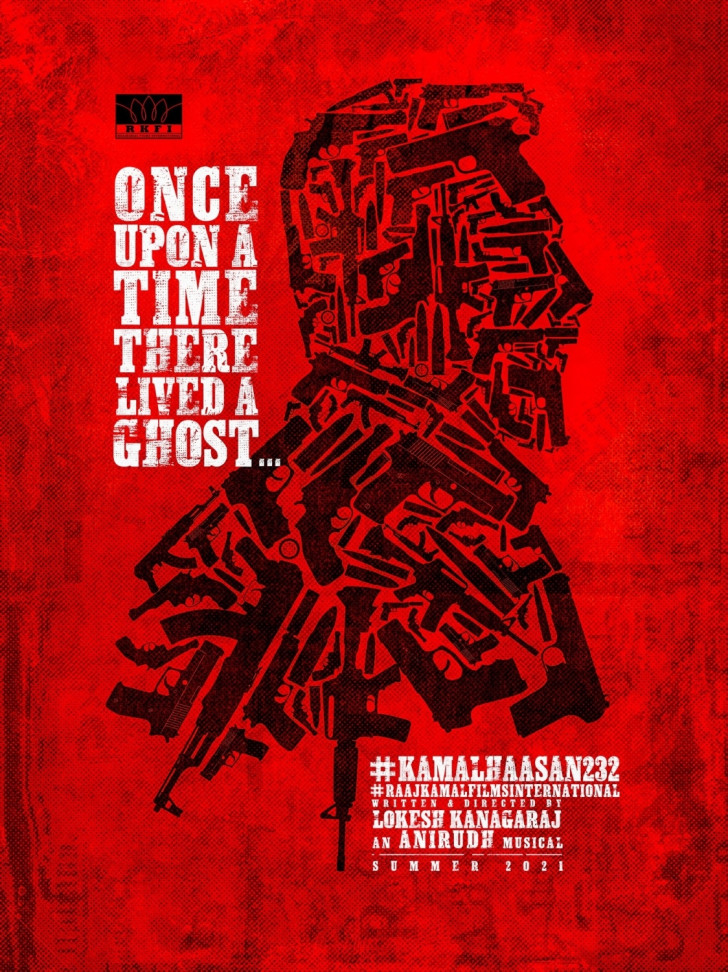 Chennai, Sep 16
Tamil film icon Kamal Haasan on Wednesday had good news in store for fans. He announced his 232nd film, with Lokesh Kanagaraj as director and Anirudh Ravichander as composer.

The untitled project is tentatively called "KamalHaasan232" for now.

He also shared a poster that says: "Once upon a time there lived a ghost." It features the face of a man, made of guns.

Anirudh, too, shared his excitement on the social media platform and wrote: "Excited to be scoring for Ulaganayagan @ikamalhaasan sir in a @Dir_Lokesh directorial #KamalHaasan232."

Fans were quick to express excitement.

"Many many congratulations sir ! Looking forward," a user tweeted.

"This would definitely be a great industry hit," wrote another fan.

Kamal Haasan's last release was "Vishwaroopam 2" in 2018, which released in Tamil and Hindi. The self-directed thriller had Kamal engage in some heavy duty action and drama. He also has "Indian 2" coming up. The film co-stars Rakulpreet Singh and Kajal Aggarwal, and is directed by Tamil hitmaker Shankar.

Lokesh Kanagaraj is known for the action thrillers "Maanagaram" and "Kaithi".