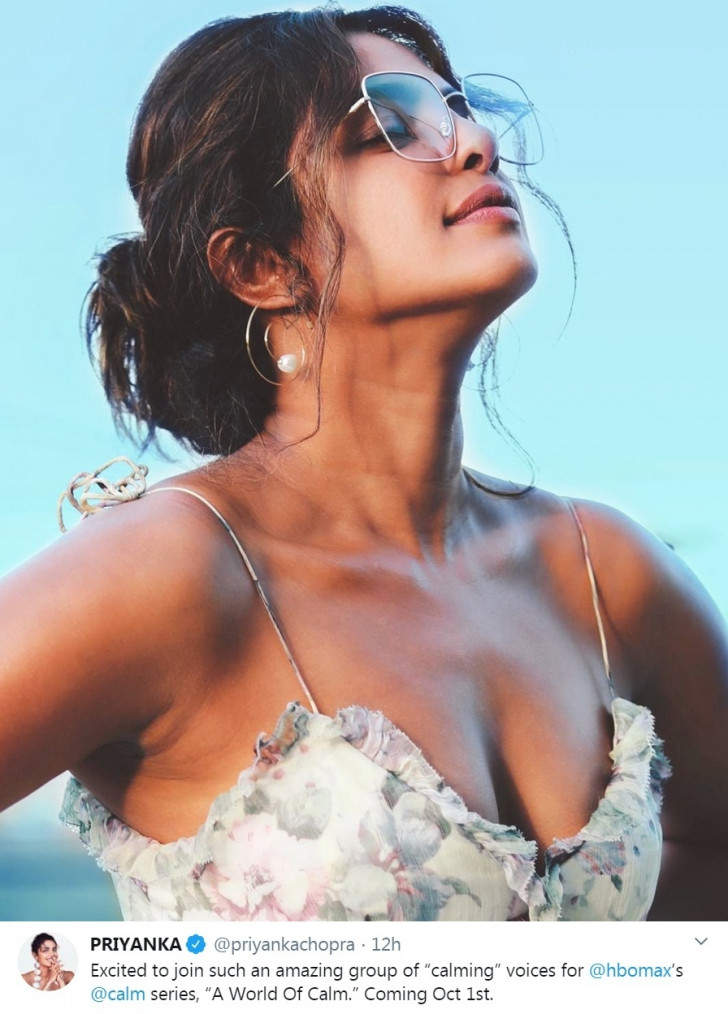 Los Angeles, Sep 22
Priyanka Chopra Jonas has joined a host of Hollywood stars including Kate Winslet and Keanu Reeves as a narrator of the upcoming series, A World Of Calm.

"Excited to join such an amazing group of "calming" voices for series, "A World Of Calm." Coming Oct 1st," Priyanka tweeted while sharing her happiness over her new project.

The series combines mesmeric imagery with narration by the A-list stars. The logline reads: "A timely antidote for our modern lives, each half-hour episode takes audiences on an immersive visual journey into another world."

The HBO Max series aims to promote stress relief and show the actors narrating a story while calming imagery plays on the screen.