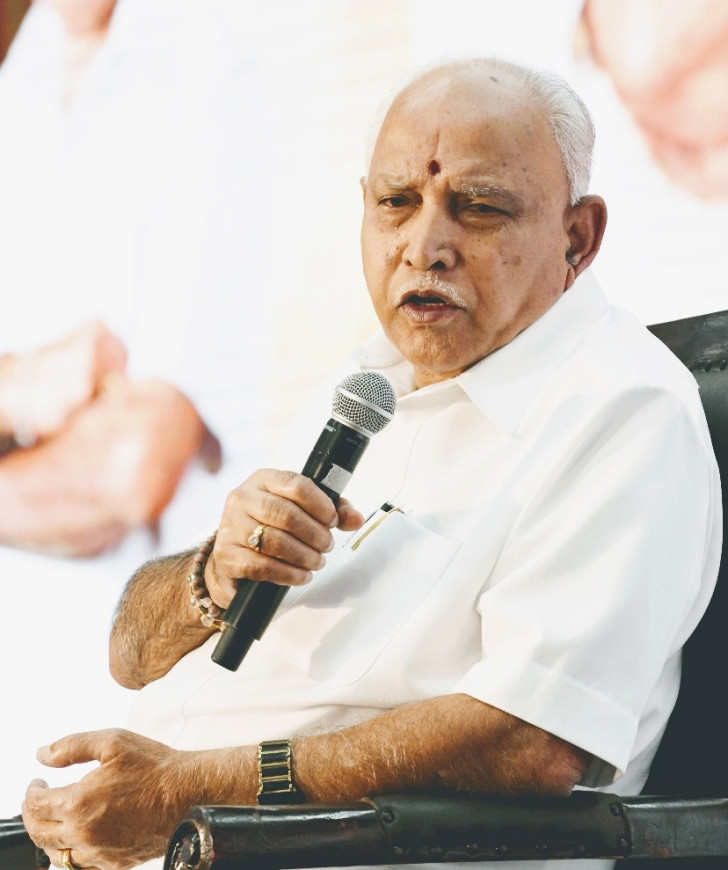 Bengaluru, Sep 22 In a strong bid to scotch rumours about the possible change of guard in Karnataka, the state BJP spokesperson Captain Ganesh Karnik termed the news stories frequently talking about replacing Chief Minister B.S. Yediyurappa as concocted and baseless.

According to a statement issued by him, Karnik said that the BJP strongly refutes these stories. "Such stories are not only baseless but also far from truth and misleading," he said.


Time and again, the BJP had been contesting these reports, stating that they were baseless. Even almost a month ago, none other than the BJP state president, Nalinkumar Katil himself had given multiple interviews to several media houses in Karnataka stating that Yediyurappa can not be replaced anytime soon.

Thereafter, several leaders like Revenue Minister R. Ashoka, and even those whom local media houses had termed as a possible replacement such Deputy Chief Minister Lakshman Savadi, Industries Minister Jagadish Shettar, Union Parliamentary Affairs Minister Prahlad Joshi and several others too have vouched that Yediyurappa won't be replaced at this juncture.

There have been strong speculations about possible change in leadership in the future, considering Yediyurappa's age.

There were reports that Yediyurappa might be replaced after the Bihar assembly polls or after him presenting the budget in March 2021.

They suggested that looking at BJP's policy towards seniors crossing 75 years of age, the party was considering honourable exit to the Lingayat strongman by giving him a gubernatorial position and a key post for his younger son B. Y. Vijayendra, who is now the state BJP vice president.

Even those who are spreading canards about Yediyurappa, are well aware of the fact that none till date has reached a stage where someone can even think of possible replacement for him.

"The brand Yediyurappa is so big that none can fill his shoes. But age is also catching up with him but he is not slowing down. Possibly after Janata Dal (S) patriarch, H. D. Deve Gowda is the only leader, who still has the same enthusiasm to fight electoral battles. Even at this age, he can tirelessly campaign for days, which nobody can even reach to that level. Therefore, he is still best bet for us in the state," a BJP senior functionary pointed out.