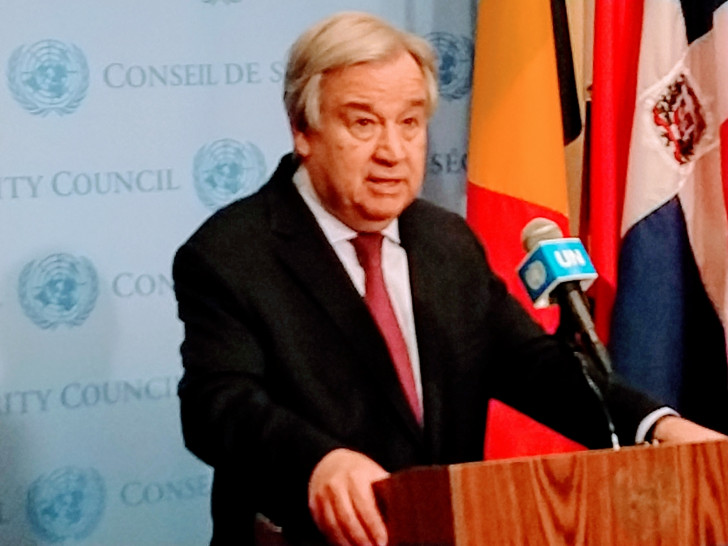 United Nations, Sep 22 UN Secretary-General Antonio Guterres warned on Tuesday that Covid-19 presages more crises, and is "a dress rehearsal for the world of challenges to come".

"We must move forward with humility - recognising that a microscopic virus has brought the world to its knees," he said inaugurating the annual high-level meeting of the General Assembly.


"But it is also the kind of crisis that we will see in different forms again and again. Covid-19 is not only a wake-up call, it is a dress rehearsal for the world of challenges to come," he said.

Guterres said that to deal with the coronavirus crisis, "in an interconnected world, it is high time to recognise a simple truth: solidarity is self-interest".

He also warned "that terrorist and violent extremist groups will exploit the pandemic".

Calling for a New Social Contract for building inclusive and sustainable societies, he said: "Inclusivity means investing in social cohesion and ending all forms of exclusion, discrimination and racism."

"The pandemic has exploited these injustices, preyed on the most vulnerable and wiped away the progress of decades.

"We need to ensure that the developing world does not fall into financial ruin, escalating poverty and debt crises," he said.

Guterres said that the UN was backing efforts for a "people's vaccine" available and affordable everywhere.

He criticised what he said was "vaccinationalism" - countries making side deals to corner supplies, saying it "is not only unfair, it is self-defeating. None of us is safe, until all of us are safe".

The coronavirus is not the only threat the world is facing, according to Guterres.

The world is seeing "the highest global geo-strategic tensions in years, an existential climate crisis, a deep and growing global mistrust and ... the dark side of the digital world".

"Our world cannot afford a future where the two largest economies split the globe in a Great Fracture - each with its own trade and financial rules and internet and artificial intelligence capacities."

He warned: "A technological and economic divide risks inevitably turning into a geo-strategic and military divide."

"We must avoid this at all costs."

General Assembly President Volkan Bozkir said: "As we commemorate the UN's 75th anniversary, we must recommit to and strengthen multilateralism and acknowledge its achievements. The UN is the world's foremost forum to address issues that transcend national boundaries, maintain international peace and security, promote sustainable and inclusive development and protect human rights."

In a sign of its power, the coronavirus has single-handedly stopped Presidents, Prime Ministers and royalty from 193 countries to come to New York for the meeting at the UN's 75th anniversary, and instead speaking through canned video speeches to a hall of socially-distanced, masked diplomats.

Guterres and Bozkir spoke in person before the meeting to be spread over six days switched over to the virtual mode.