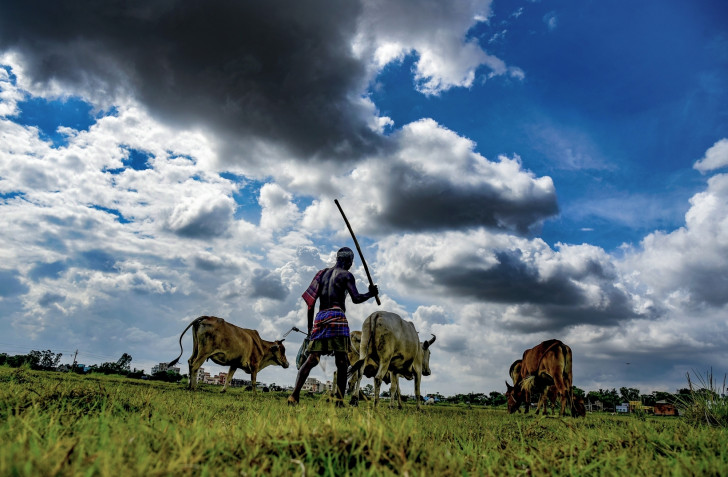 New Delhi, Oct 4
Opposition to the new farm laws, which are aimed at freeing the farmer from archaic legislation and hazardous rules, reveals the intensity and ubiquity of hypocrisy both in the political arena, public discourse, and society at large.

It is a well-known fact that experts, both within and outside government, for decades have been calling for meaningful reforms in agriculture. The Economic Survey 2012-13, for example, said: "In order to bring about reforms in the (organised marketing) sector, a model Agricultural Produce Marketing (Development and Regulation) (APMC) Act was prepared in 2003. Though the process of market reforms has been initiated by different state governments through amendments in the present APMC Act on the lines of Model Act, many of the states are yet to adopt the Model Act uniformly. It is therefore necessary to complete the process of market reforms early in order to provide farmers an alternative competitive marketing channel for transaction of their agricultural produce at remunerative prices."


Yet, the Congress, whose government brought out Economic Survey 2012-13, is opposing the reforms it was advocating earlier. Punjab Chief Minister Amarinder Singh is worried about farmers "falling into the clutches of the monopolistic big corporates (sic)". DMK President M.K. Stalin wants Chief Minister K. Palaniswami to "apologise" to farmers for supporting the "pro-corporate" laws. And, of course, there are communists and fellow-travellers who are aghast that the sector employing half the country's workforce is being opened up.

Worse, decades of indoctrination of socialist principles in our schools and universities and by our academics and intellectuals have ensured that lies acquire a verisimilitude of veracity, the biggest of them being: corporations exploit the poor, and now they will fleece farmers.

Worse still, many apolitical common people are also against the farm laws. Public discourse and folklore in India is generally against corporations - or corporates, as the ugly Indianism has it. Our intellectuals never tire railing against big corporates. We are told that these companies exploit their employees, bribe politicians and bureaucrats, break or mould rules and regulations, evade taxes, and don't care a hoot about the environment.

Yet, if you ask anybody, intellectual or otherwise, if they would like to work with a big company - or if they want their children to be employed by it - the answer would be a big "yes". For everybody knows that big companies pay well, have a better working atmosphere, and are not run by the whims and fancies of small, proprietary firms-at least, at the lower and middle levels. They are happy working with big companies.

But when it comes to public policy, everybody says that corporates are ruthless exploiters. What is good for me, however, is not good for the country, the economy, certainly not for the farmer.

Consider another public-private dichotomy. Politicians of various hues claim to be the champions of Indian languages; New Education Policy is a prime example. Consequently, there is little emphasis in government schools in teaching English. But English enables a person to get a better job, move faster in any profession, and get better connected with the world. Politicians themselves acknowledge this fact and, therefore, send their own kids to English-medium schools.

Similarly, what is good for our families is not good for our country. Most people want to earn their own living. They also want their children to be self-dependent. In all societies, the virtues of endeavor and diligence are cherished. But public discourse in our country is all about shaping the political economy in such a way that more and more people become dependent on state largesse. If a family member or friend suffers huge financial losses or is ruined, we try to help them by increasing their earning rather than paying them regular donations. Give a man a fish and you feed him for a day; teach a man to fish and you feed him for a lifetime. The idea is to help a friend who needs it rather than make them dependent on us.

But when it comes to public discourse and political debate, everything turns topsy-turvy. Poverty alleviation grabs the attention of policy makers, politicians, and bureaucrats - which is fine. However, the means employed are the ones opposite to those which we would never employ in our personal capacity. They conceive publicly-funded schemes, establishing postmodern feudalism, with government as a gigantic lord and the poor as permanent dependants. The lord gives and the serf receives, making the latter to perennially look askance at the former. The entitlement mindset is promoted.

Personally, we don't like our dear ones to be our dependants; politically, we do it all the time. With great aplomb, as if the creation of serfdom were a remarkable feat.

When the issue involved is agriculture, hypocrisy blends with sentimentalism, nostalgia, and downright stupidity. From policy and decision makers to film directors, everybody seems to be in love with a non-existing rural idyll which they themselves don't want to relish but want farmers to dwell in forever. Hence technology and innovation - be those during the Green Revolution or genetically-modified crops now - is frowned upon. Corporatisation more so.

Let fat cat capitalists exploit us - for we'll love that exploitation - but not farmers.

(This content is being carried under an arrangement with indianarrative.com)