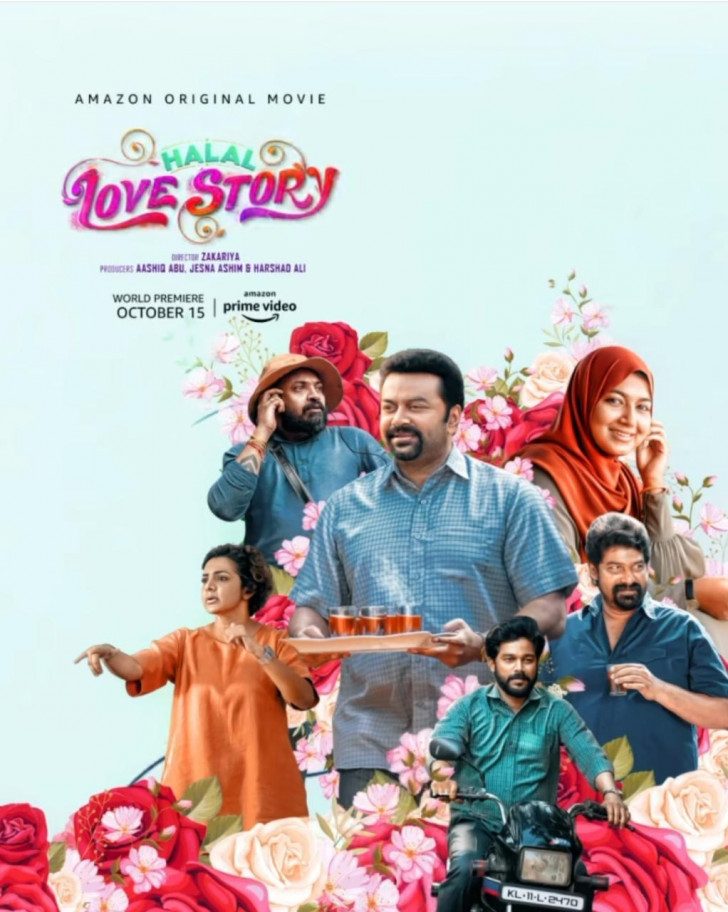 
Halal Love Story crafts humour out of the sensitive issue of Islamic belief without being trivial about it. If that balancing act seems accomplishment enough, director Zakariya Mohammed and his co-writer Muhsin Parari reveal plenty of other cinematic qualities along the way.

The story is set against the backdrop of a village in Kerala. A local Muslim group believes in the power of art to reach out to people, and they use street theatre as their medium. Zakariya uses the folk art only briefly in his screenplay, to underline the fact that despite staunch religious diktats ruling the community there is a dormant aesthetic sensibility embedded somewhere in their minds.

The street theatre artistes use their craft to talk of the essence of Islam, as well as denounce George Bush's decision to attack Iraq and the capitalism that American cola brands represent. The group looks for a wider reach, and reckon a telefilm could be an ideal vehicle.

The committee running the group, however, feels that cinema can be prone to showings things that are deemed ‘haram' (forbidden) in Islam. The challenge of creating a ‘halal' film falls on the elderly committee head Rahim (Nazar Karutheny), and the school teacher Taufeeq (Sharaf U. Dheen). The duo approaches an assistant director named Siraj (Joju George), though Taufeeq decides to write the film to ensure the end product stays ‘halal'. For the sake of chemistry and to maintain sanctity of relationships, Siraj and Taufeeq decide to cast a real-life couple, Shereef (Indrajith Sukumaran) and Suhra (Grace Anthony), as their film's lead pair.

Halal Love Story is a satire, but only just. The film does not dig deep while commenting on either Islam or cinema, the two props that uphold the plot -- or the conversation on marital gender politics it interestingly raises, only to forsake. The initial portions of the story are laced with subtle humour on expected lines, as Siraj and crew struggle to can the perfect shot with a bunch of bumbling artistes.

The ‘film within a film' plot finds parallel subtexts in the individual stories of a few among its cast and crew. These stories are used to depict how similar as well as different life and art can be. But rather than talk of too many characters, the narrative focusses on the married life of Shereef and Suhra primarily, and how working in the film disrupts their emotional equation. For the first time, Suhra sees many reasons why their marriage, perceived all along by both as a perfectly happy one, is not necessarily so. Zakariya also gives Siraj a story unto himself, as the director struggles to find an escape in his work, from his personal pangs. These sub plots are finely woven into the narrative, and never unduly stand out.

The film is simplistic in its storytelling, technical execution as well as the comments it leaves. Early in the film, two characters discuss good cinema that can reach out to children and one of them suggests Iranian films, particularly Children Of Heaven. You spot a lot of the Iranian idiom in Zakariya's cinematic style -- in the way he conveys deep emotions effectively, without losing grip of a feel-good storytelling style.

Halal Love Story elicits effective performances from actors who have been perfectly cast. The film might be a tad predictable, but it makes up for the fact with storytelling that holds your attention all along.