Bobby Deol: I would love to work with Preity Zinta again 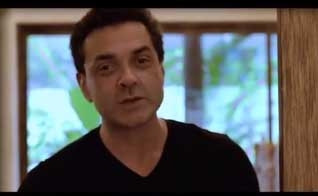 The two had worked together in films such as "Soldier", "Jhoom Barabar Jhoom" and "Heroes", and Bobby would love to share screen space with her again.

"I would love to work with Preity. She is more of a friend and not just a co-actor. She has amazing energy and charm. I wish I get a chance to do something that suits our age, and I am sure we will get that opportunity in the future," Bobby told IANS.

Talking about his debut film "Barsaat", Bobby said: "Those days, every time a star child came on screen, when his first film was being made, it was more like a showcase of his talent. So when 'Barsaat' was being written, it was about my character being able to do action, dance, romance and emote. That's how the story was written, with all these points in mind. It took a while before the subject got ready because it's not easy to get the right kind of subject."

Back in the nineties, he was the audience's crush, especially because of his curly long hair.

"I always loved long hair. I never thought that it would make such an impact on the audience. There have been so many actors who had long hair, but for some reason Bobby Deol is still known for his long hair and even till date, fans of mine ask me 'why don't you grow your hair?' I say 'times are different now'. Also, long hair doesn't help you when you want to play different characters. Short hair can fit into any character," he said.