Pelosi defends of not speaking to Trump for whole year 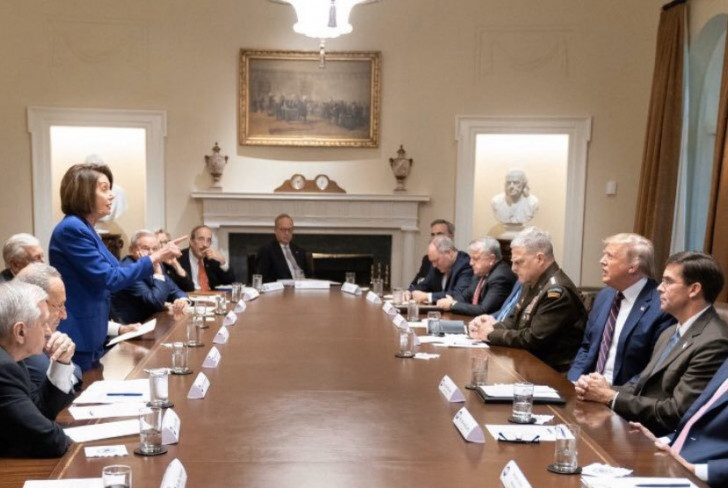 Washington, Oct 17
House Speaker Nancy Pelosi has defended not speaking to US President Trump for the whole year, adding that working with other White House officials was more productive.

The veteran Democrat made the remarks during an MSNBC appearance on Friday night, The Hill news website reported.

Pelosi and Trump have not spoken since a a White House meeting on October 16, 2019, about pulling American troops out of Syria.

The Speaker ultimately walked out of the meeting after the two traded insults.

Following the meeting, Trump tweeted a picture of Pelosi, which showed her standing up and pointing a finger at him, and captioned it: "Nervous Nancy's unhinged meltdown."

Speaking of the photo, Pelosi told MSNBC: "What was funny about it is the White House put out that photo, because we're not even allowed to wear a smartwatch in the room. They put that out and I said, 'Thank you very much, Mr. President'.

"But we left because there was no purpose to staying there. There was no truth coming from the other side."

When asked is he was open to meeting or speaking to Trump again, the Speaker said that "it would depend on what the purpose is".

Pelosi and Trump were last in the same room together at the National Prayer Breakfast in February.