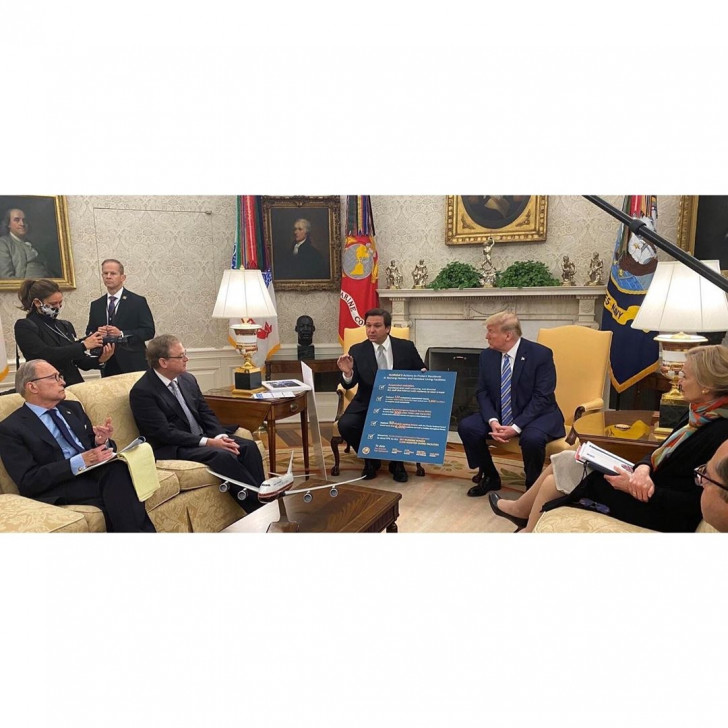 Washington, Oct 17 US President Donald Trump joked that he will "fire" Florida's Republican Governor Ron DeSantis if he does not win the 'Sunshine State' in the upcoming November 3 election.

Trump made the remarks at a campaign event in Macon, Georgia, on Friday night, The Hill news website reported.

"He's done a great job and he's been my friend. Hey, Ron, are we going to win this state, please? You know if we don't win it, I'm blaming the Governor.

"I'll fire him somehow. I'm going to fire him. I will find a way, anyway," Trump quipped.

In the 2016 presidential election, Trump won Florida, a major swing state, by 49.02 per cent of the votes, while his then Democratic rival Hillary Clinton came in close with 47.82 per cent of the ballots.

According to the latest RealClear Politics polling average, Democratic presidential nominee Joe Biden was currently leading Trump in Florida by 1.4 percentage points or 48.2 per cent to 46.8 per cent.

At the same event on Friday night, Trump also joked about having to leave the US if Biden wins the election.

"Maybe I'll have to leave the country? I don't know." he said.