Obama to campaign for Biden in Philadelphia 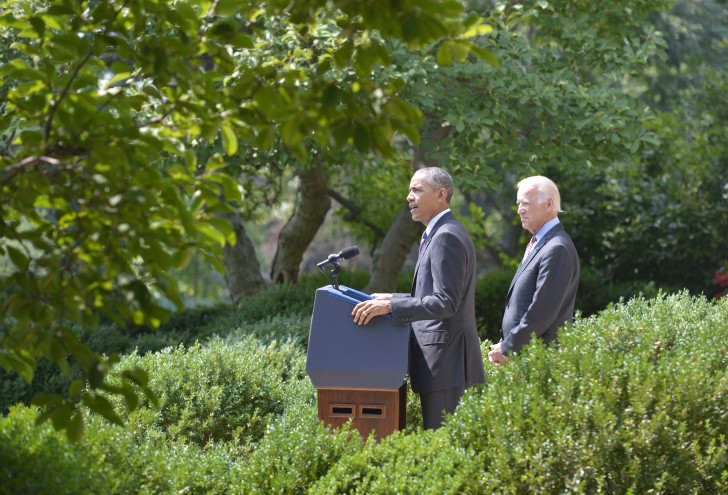 Washington, Oct 17
Former US President Barack Obama is set to campaign for Democratic presidential nominee Joe Biden in Philadelphia on October 21, according to Democratic Party sources.

The sources confirmed the development to The Hill news website on Friday.

Earlier this week, the sources had revealed that Obama would hit the campaign trail for Biden, who was his Vice President from January 20, 2009 to January 20, 2017.

During the Democratic National Convention in August, Obama, who has held virtual fundraisers for Biden and also appeared in several videos to voice his support, spoke live from the Museum of the American Revolution in Philadelphia.

The sources told The Hill news that the former President is expected to travel to other key battleground states ahead of the November 3 election.

Meanwhile, latest polls have revealed that Biden had a comfortable lead against President Donald Trump in Pennsylvania, a key battleground state.

A Monmouth University poll out earlier this month showed that 54 per cent of registered voters preferred Biden over 42 per cent who backed Trump.

The state had swung in Trump's favour in the 2016 presidential election, giving him 48.18 per cent of the votes against his then Democratic rival Hillary Clinton's 47.46 per cent.