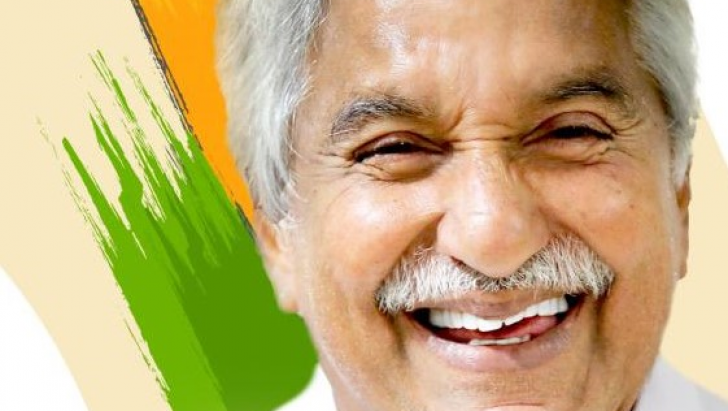 The Malayalee diaspora from across the globe will be felicitating former Kerala Chief Minister Oommen Chandy on his birthday, the 31st of October.
Oommen Chandy who turns 77 years on October 31st is known across India for his dedication to public service. On September 17th he completed 50 consecutive years as an MLA from Puthupally Assembly constituency.
The rare achievement underscores his popularity with people who have reposed their unwavering faith in him for over 5 decades. The day was marked by celebrations by his followers and well-wishers and thousands of netizens congratulated him online. A fan made song dedicated to him was released by Congress leader Priyanka Gandhi.
Throughout his political career Oommen Chandy has won several accolades for his dedication and transformational leadership style. Even the United Nations has recognized his service with the prestigious Award for Public Service. Widely known for his accessibility to people, Oommen Chandy during the course of his two terms as the Chief Minister personally met over a million people through his Janasmparaka Programme which was instrumental in people’s issues being resolved instantly after speaking to the CM.
He is often called an ‘Adharshashali’ or one who leads by example, Oommen Chandy leads a very simple lifestyle and adheres to Gandhian principles. Oommen Chandy offers a ray of hope in the era of post-truth politics, given his genial and nonconfrontational approach in politics. There is much to learn from his political journey for young leaders in all facets of life. Thus, several Malayalee Organizations decided to come together to organize this event to celebrate Oomen Chandy's contributions to society.
The event will be held online via a zoom conference and it is open to public. It is being organized by more than 30 Malayalee organizations from around the world including the USA, Australia, the Gulf and European countries.
The event will be graced by luminaries from various fields including senior leaders from across the political spectrum, celebrities from the world of cinema and business magnates. The interaction will be broadcast live on the social media channels. 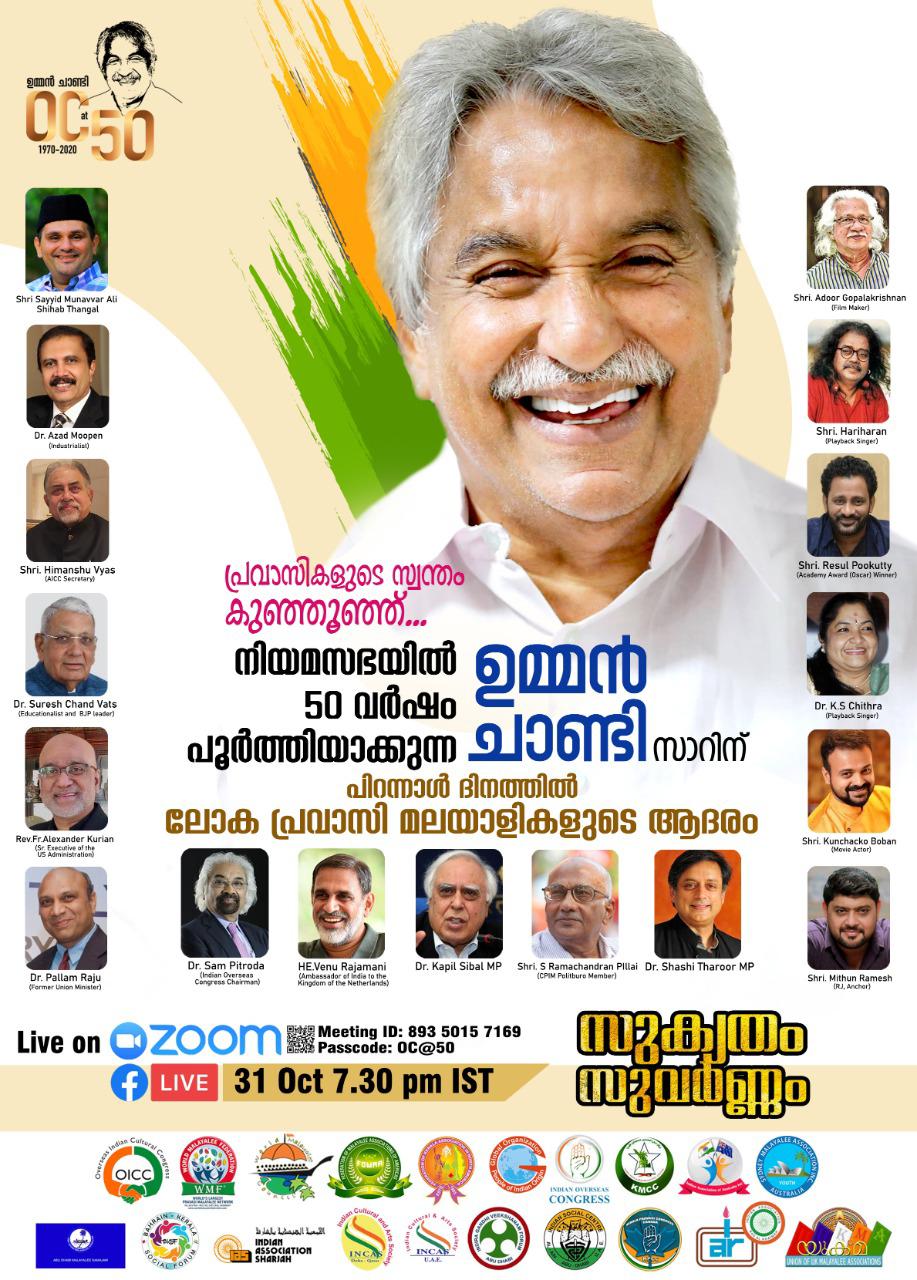