Gehlot on 'love-jihad' law: Marriage a matter of personal liberty 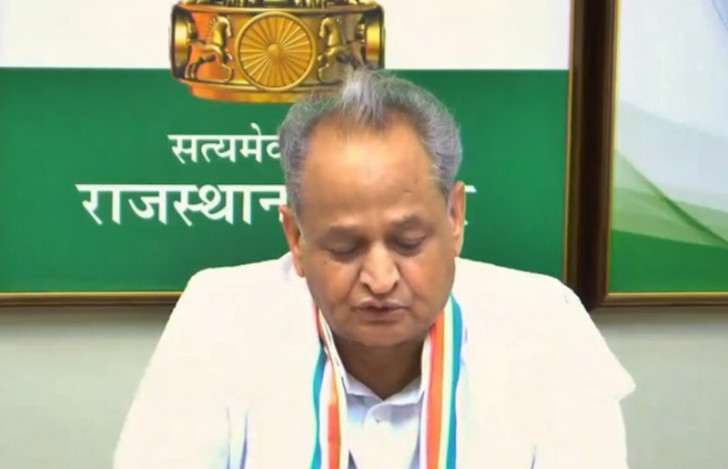 Jaipur, Nov 20 : Rajasthan chief minister Ashok Gehlot on Friday gave a strong statement on 'love-jihad' and said that it is a term manufactured by the BJP to divide the nation. "Marriage is a matter of personal liberty and bringing a law to curb it is completely unconstitutional," he tweeted on Friday.

Gehlot took to Twitter and unleashed a series of tweets to express his thoughts on 'love-jihad' to say, "Love Jihad is a word manufactured by BJP to divide the Nation & disturb communal harmony. Marriage is a matter of personal liberty, bringing a law to curb it is completely unconstitutional & it will not stand in any court of law. Jihad has no place in Love."

In the second tweet, he said, "They are creating an environment in the nation where consenting adults would be at the mercy of state power. Marriage is a personal decision & they are putting curbs on it, which is like snatching away personal liberty."

In the third tweet on 'love-jihad', he said, "It seems a ploy to disrupt communal harmony, fuel social conflict & disregard constitutional provisions like the state not discriminating against citizens on any ground.