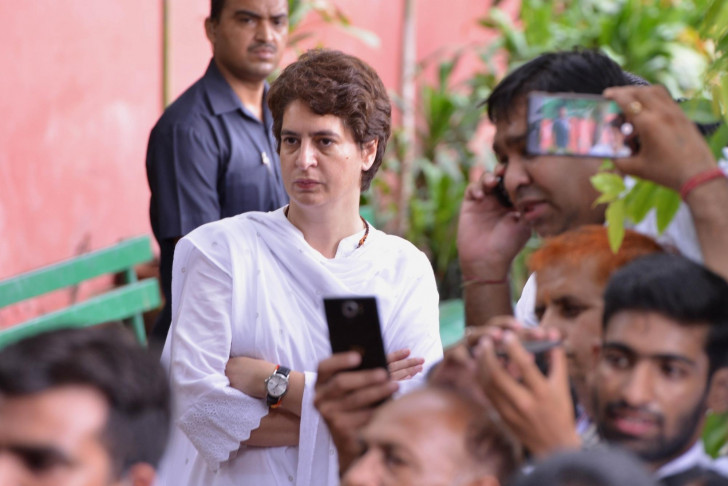 Lucknow, Nov 21 Congress General Secretary and Uttar Pradesh unit in-charge Priyanka Gandhi on Saturday slammed the Yogi Adityanath-led state government over the deaths due to consumption of spurious liquor. She said the Yogi government has been failed to take action against the liquor mafia in the state.

Priyanka Gandhi took to Twitter on Saturday, saying, "In UP, there have been several deaths due to consumption of spurious liquor at many places, including Lucknow, Firozabad, Hapur, Mathura and Prayagraj. Deaths were also reported from Agra, Baghpat and Meerut due to consumption of spurious liquor. What's the reason that the Yogi government has failed to take action against the liquor mafia? Who is responsible?"

There have been many deaths in the state due to spurious liquor consumption in the recent past. After Lucknow and Mathura, the fresh incident was reported from Prayagraj in which many people lost their lives.