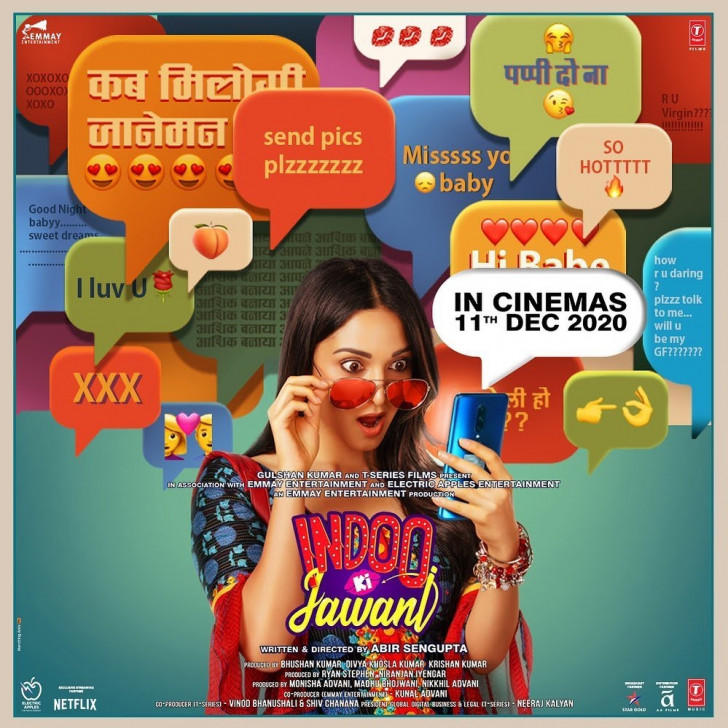 Mumbai, Nov 21
The Kiara Advani-starrer Indoo Ki Jawani will release in theatres on December 11, the actress confirmed on Saturday.

"It's Happening!!! #IndooKiJawani in cinemas near you on 11th December 2020," Kiara wrote on her verified Instagram account,
sharing the film's poster.

Trade analyst Taran Adarsh also tweeted the news on his verified account. "OFFICIAL ANNOUNCEMENT... IN CINEMAS, 11 DEC 2020... #IndooKiJawani -- starring #KiaraAdvani with #AdityaSeal and #MallikaDua -- to release in *cinemas* on 11 Dec 2020... Directed by Abir Sengupta," he wrote.

The story of the film revolves around a girl from Ghaziabad and her misadventures with dating apps. The film pairs Kiara opposite Aditya Seal for the first time.

Aditya has earlier appeared in films like Namaste England, Tum Bin II, Student Of The Year 2 and Purani Jeans.