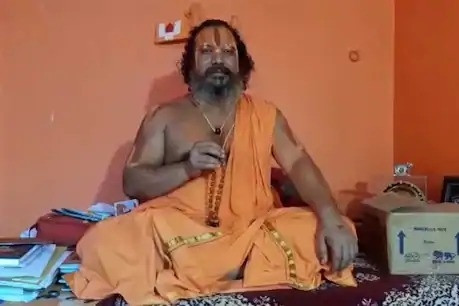 He has sought permission to end his life if the demands are not met.

According to the Mahant, his charter of demands is in national interest and 'aims at preventing another division of the country.'

The demands include a law for population control, implementation of the uniform civil code, declaring India as a Hindu Rashtra, free education for girls, employment for youth, declaring cow as a protected national entity and declaring Ramayana as a national epic and making it a part of all syllabus.

The Mahant said, "I have sent this letter with seven demands to President. If the demands cannot be fulfilled, I should be given permission to end my life."

The Mahant, in October, had proceeded on indefinite fast support of his demand for a Hindu Rashtra. He was forced to end his fast by the police when his condition started deteriorating.