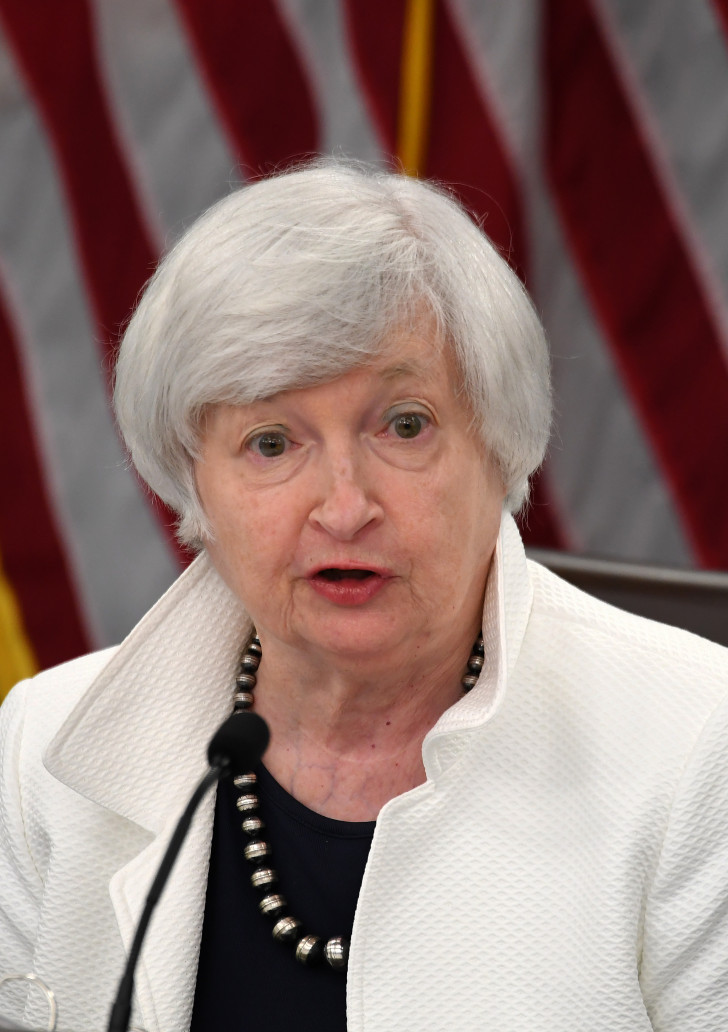 New Delhi, Dec 1
US President-elect Joe Biden is poised to choose Janet Yellen as his Treasury Secretary and top cabinet official in-charge of the US economy, as it faces slow recovery from the shock of the coronavirus pandemic.

Assuming that she is confirmed by the Senate, Yellen will be the first woman to serve as Treasury Secretary in the institution's 231-year-old history.

The former Fed Chairwoman has called for opening government spending taps to revive an economy racked by the Covid pandemic and is expected to urge the Congress to pass further fiscal stimulus. Given that most market participants were already expecting the Fed to remain accommodative for an extended period of time, the thought of a Yellen-Powell duo was not quite the gut punch for the dollar or short-dated yields, the report said.

According to a report by Motilal Oswal, Biden's move to choose Yellen for the Treasury role will bring a steady hand and a well-known figure to the tiller of the US economy, but her nomination also reflects his desire to finely balance demands from the moderate and progressive wings of the Democratic Party.

Yellen led the Fed through a tightening cycle as the central bank tried to normalize its monetary policy in the latter stages of the recovery from the financial crisis.

The former Fed Chair was considered to be among the more dovish monetary policymakers, but the interest rate rises under her watch were later judged to be excessively hawkish by the US central bank, which found that unemployment could fall to far lower levels before triggering inflation.

Even within the Fed, there was a division between "hawks" worried about inflation and "doves" who insisted that inflation wasn't a threat in a depressed economy, and that fighting the depression should take priority. Yellen was one of the leading doves — and that some market participants had even termed her the most accurate forecaster among Fed policymakers, the report said.

After winning the Senate confirmation, Biden in coordination with Yellen will be deciding how to proceed with several emergency Fed lending facilities backed by Treasury money and authorised by Congress through the Cares Act, after outgoing Treasury Secretary Steven Mnuchin announced he would sunset them by year-end.

The Treasury said it plans to move that unspent money into its general account -- from where it cannot be released without congressional approval. Congress had authorized those funds to go into the Treasury's Exchange Stabilisation Fund, over which the secretary otherwise has substantial discretion.