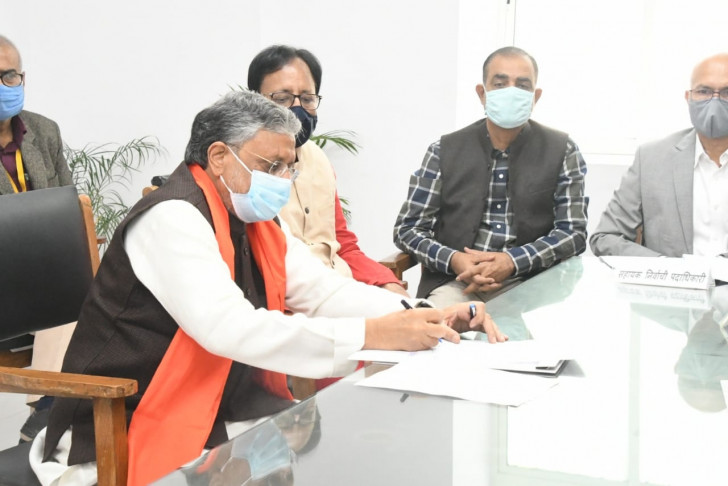 As Sushil Modi filed his nomination form, NDA leaders said they were confident of winning the Rajya Sabha bypolls waving a 'victory sign'.

December 3 is the last day for filing nominations for the Rajya Sabha by-elections. The voting for the upcoming polls would be held on December 14. However, no candidate from the Opposition Grand Alliance has been announced yet.