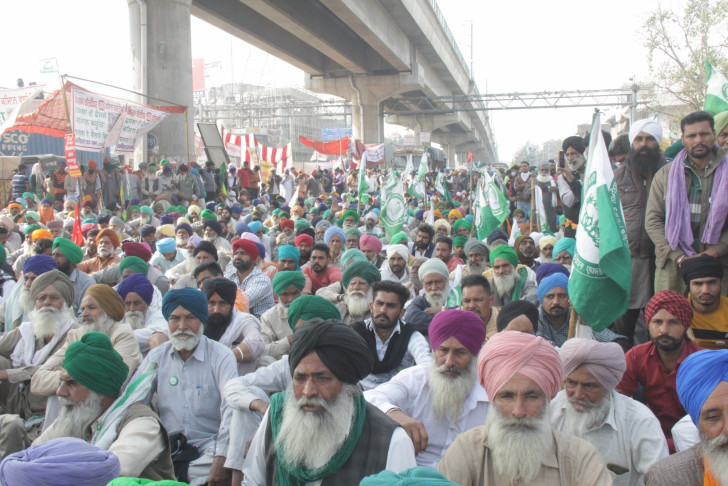 New Delhi, Dec 2 As the protests entered the seventh day, the farmers from Punjab and Haryana on Wednesday continued to protest peacefully at the Delhi-Haryana Tikri border here.

Thousands of farmers have camped at the Tikri border to protest against the controversial farm laws passed by Parliament in September this year.

The leaders were continuously addressing the fellow farmers on their grievances, demands and expectations from the government.

The farmers prepared their own food and distributed it among themselves.

The ruling Aam Aadmi Party (AAP) in Delhi put up a stall at the Tikri border to serve food to the farmers. Besides the AAP, many other organisations also have come out in their support, providing them with prepared food and milk.

In view of the farmers' agitation, the Delhi Police have made adequate arrangements at the Delhi-Haryana border. The police have barricaded the streets with the Vajra Vahan, water cannons and the JCB machines.

On Tuesday evening, the farmer leaders held talks with the government. However, the talks ended inconclusively. The government has decided to again call the farmers for a meeting on December 3.

The farmers started marching to Delhi as part of their 'Dilli Chalo' programme on November 26. They reached the Delhi border on Friday and have been camping there since then.

The farmers have been protesting against the three farm laws and are demanding the repealing of these laws. They are also demanding the guarantee of the minimum support price.