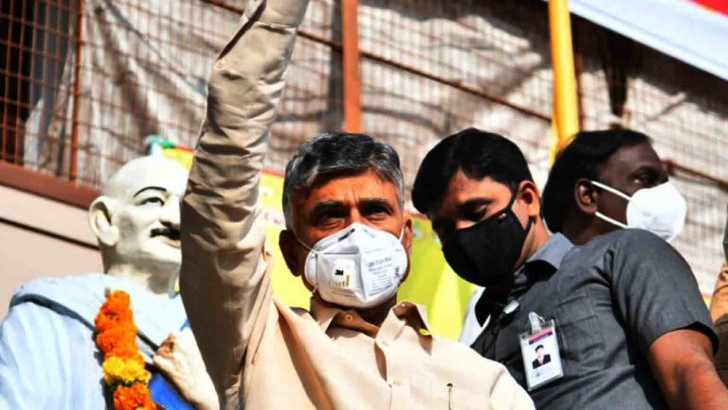 TDP MLAs and MLCs, including Naidu's son and General Secretary Nara Lokesh, party state unit President Kinjarapu Atchannaidu, joined him at the rally on the third day of the Winter Session of the Assembly.

Naidu, a former Chief Minister, claimed that as many as 30 lakh construction workers were out on the roads, deprived of work due to alleged sand shortage in the state over the past 18 months.

In the demonstration, the TDP supremo carried a small mortar container while Lokesh brandished a goldsmith's balance and a tiny plastic bag of sand to register their protest.

Carrying placards, the TDP leaders claimed that sand had become as expensive as gold in Andhra and alleged that the state government had created this "artificial shortage".

According to party leader Gorantla Butchaiah Chowdary, ruling party leaders had allegedly plundered over Rs 5,000 crore worth of sand until now.

He claimed that spurious and substandard sand is supplied to people while the best quality sand was smuggled to other states and nearby metro cities.