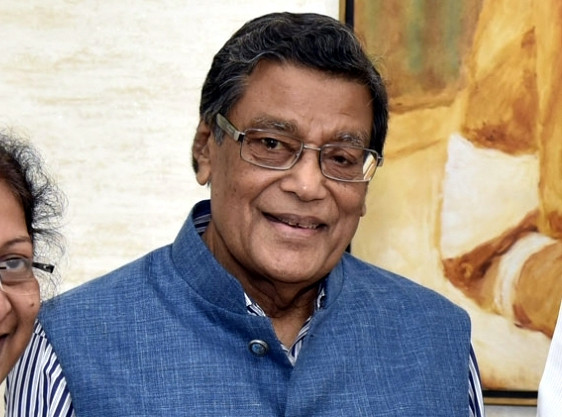 New Delhi, Dec 2 Attorney General K.K. Venugopal has told the Supreme Court that it is essential to improve the representation of women in the judiciary to develop a more balanced and empathetic approach in cases involving sexual violence, noting that the top court has only 2 women judges, out of the sanctioned strength of 34 judges and also there has never been a female Chief Justice of India.

The response from the AG came in a response on a plea filed by advocate Aparna Bhat, which questioned the bail conditions imposed by the Madhya Pradesh High Court wherein an accused was asked to get a Rakhi tied by the victim, who accused him of molestation, as a condition for enlargement on bail.

The AG submitted before a bench comprising Justice A.M. Khanwilkar and Justice S. Ravindra Bhat that greater representation of women at all levels of the judiciary, including the Supreme Court must be ensured.

"This initiative must come from the Supreme Court itself, considering that the power of appointment rests almost exclusively with the Supreme Court Collegium. The goal must be to achieve at least 50 per cent representation of women in all leadership positions," he contended.

Venugopal insisted that any directions towards gender sensitisation would have to include judges of all levels of the judiciary. He added since judges come from the general public, therefore, they may hold the same stereotypes/may exhibit the same biases as the rest of the population.

He emphasised that currently, there is no course on gender that is taught in law schools compulsorily. "Certain law schools have the subject either as a specialisation or as an elective. Equally, the All India Bar Examination does not contain even a single question or section relating to gender sensitisation. The Bar Council of India may take necessary steps in this regard," he submitted.

He pointed out that there are six High Courts -- Manipur, Meghalaya, Patna, Tripura, Telangana, and Uttarakhand -- where there is no sitting woman judge. And, there is an only one woman judge in six other High Courts of the country.

"Of the 26 courts whose data was accessed, including the Supreme Court, the Punjab and Haryana High Court has the maximum strength of women judges (11 out of 85) in the country, followed by the Madras High Court (9 out of 75). There are eight women judges in both Delhi and Bombay High Courts," he said, adding that these figures are much lower than comparable OECD nations.

The top court noted that the MP High Court order was complied with, but the question remains that how can such orders be avoided, and issued notice to the AG seeking his suggestions.

After the hearing, the top court reserved its verdict on the plea.