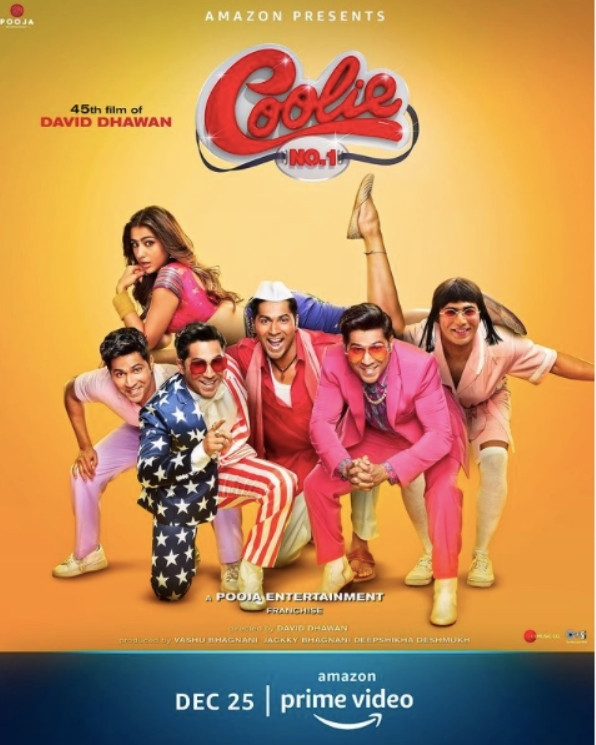 "We have used a lot of live instruments, rhythm percussion and chorus to make the song larger than life, for which we went to Chennai," the composers told IANS, adding that they completed recording of the song in 25 days.

The impact has been satisfactory. Filmmaker David Dhawan was impressed, and so is the audience, going by online views.

The song garnered close to six million views within a few hours of release and it is currently trending on YouTube. Interestingly, this is the only original song composed for the film.

"When David (Dhawan) sir briefed us, he wanted a typical ‘massy' and a very catchy number. When we made him hear the song, he was blown away and asked us to record it right away," Javed-Mohsin recalled, about the song picturised on Sara Ali Khan and Varun Dhawan.

"The entire team that has been involved in making of this song, be it Varun (Dhawan), Sara (Ali Khan), choreographer Ganesh Acharya and singers Dev Negi and Neha Kakkar, have done a commendable job," they added.

Javed-Mohsin recently composed for the film Suraj Pe Mangal Bhari. Their hits include Ding dang in Munna Michael and Pal in Jalebi.

Teri Bhabhi has Varun dressed as a coolie Raju, and crazy in love with a rich girl played by Sara. The video shows Raju and his coolie friends take over a railway station, as they celebrate Raju falling head over heels in love.