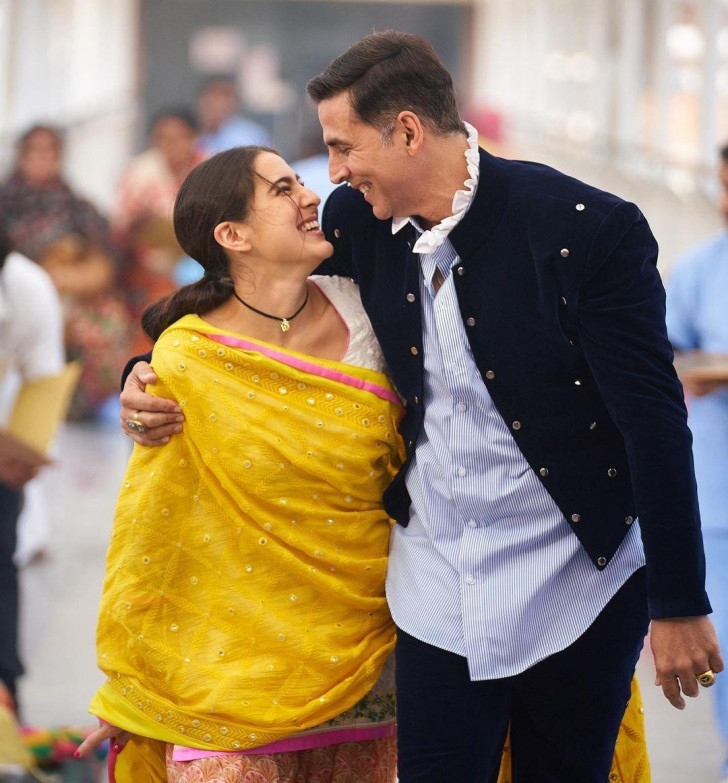 Mumbai, Dec 4
Bollywood superstar Akshay Kumar has started shooting for the film Atrangi Re, with Sara Ali Khan, and he shared the update with an unseen picture from the set.

"The joy brought by those three magic words is unmatched: Lights, Camera, Action ï¿½ Begun shooting for #AtrangiRe by @aanandlraiï¿½ Need all your love and best wishes ï¿½ An @arrahman musical. Written by: #HimanshuSharma," he tweeted.

In the picture, Akshay and Sara are all smiles for the camera. They are looking at each as they walk together with Akshay holding Sara. Sara is seen in a traditional attire, while Akshay looks dapper in his attire.

Sara also shared the same picture on Instagram, writing: "AtrangiRe becomes more Rangeen! @akshaykumar so privileged, excited and thankful to be working with you!"

Aanand L. Rai's Atrangi Re is billed as a cross-cultural love story. Reportedly, Sara plays a girl from Bihar, and she has romantic tracks with Akshay as well as Dhanush in the film.

Sara and Dhanush earlier finished the film's first schedule in Varanasi before lockdown. Written by Himanshu Sharma, Atrangi Re is slated to open in 2021.