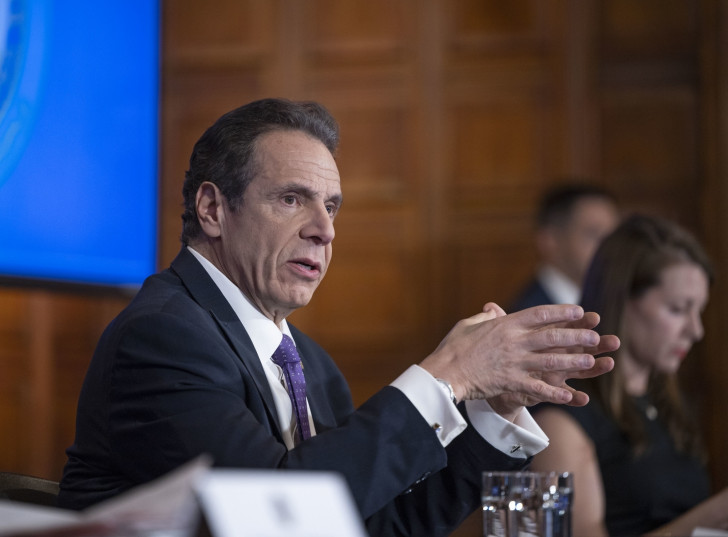 New York, Dec 5
Two US governors urged the federal government and Congress to sort out their differences and push through a COVID-19 relief bill as soon as possible to salvage the Americans out of the abyss of the COVID-19 pandemic which has claimed more than 278,000 lives nationwide.

"We encourage leadership to stay at the bargaining table and work out a deal that delivers the critical relief to the American people," said New York State Governor and National Governors Association (NGA) Chairman Andrew Cuomo, and Arkansas Governor and NGA Vice Chairman Asa Hutchinson in their statement on Friday, Xinhua news agency reported.

"It is time for Washington to step up and deliver desperately needed relief for their constituents. Governors are heartened that congressional leaders on both sides of the aisle and in both chambers are now talking with each other to find a way forward," they said.

"As an interim measure to address states' immediate and pressing needs, we support the bipartisan framework proposed by Senator Joe Manchin, Senator Bill Cassidy and a bipartisan group of their colleagues as a response that would bring meaningful relief to those who are struggling; situate states to quickly, effectively and equitably implement their vaccination plans; and prime the economy to allow for a faster rebound," said the governors.

"Congress should not leave Washington for the holiday recess without enacting a much-needed COVID relief package. We look forward to working with Congress and the new Administration in the new year on a more comprehensive COVID relief package," they added.

The Democrats-controlled House of Representatives passed a US $2.2 trillion relief bill in early October, but Senate Republicans have recently been pushing for a US $500 billion package. On Tuesday, McConnell quickly rejected the US $908 billion bipartisan plan after its release.