Let's not worry too much: IMA on safety & efficacy of Covid vaccines 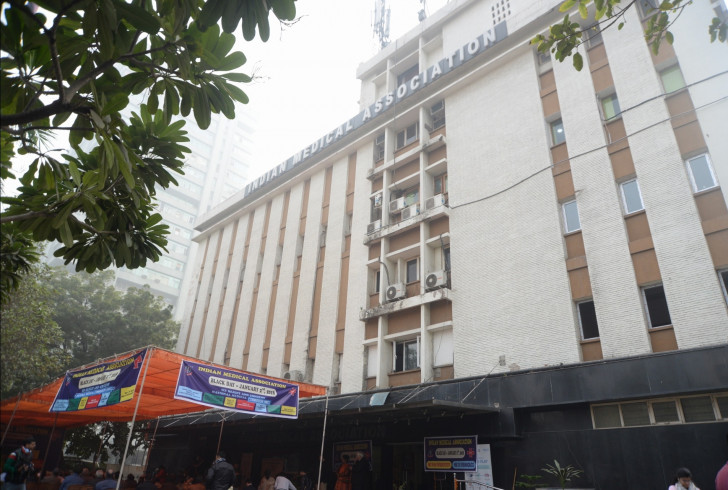 New Delhi, Jan 12: Amid the ongoing debate around the safety and efficacy aspects of Covid vaccines, the president of Indian Medical Association (IMA) has advised the public to not worry too much about it.


Speaking to IANS, Dr. J.A. Jayalal, president, IMA said, "We should not be too worried about the safety and efficacy of the vaccines since enough evidence is available to prove its credibility.

"The vaccines are never 100 per cent protective and efficacious at any time. It helps us to some extent in getting ahead of the disease but eventually, herd immunity will set in to control the viral spread. So let's not worry too much about the safety and efficacy part," he said.

"What we know from the trials is that the vaccines approved for inoculation in India are found safe and elicit an immune response. The technology of harnessing vaccines from inactivated viruses is a proven science. Our least expected efficacy criteria is 50 per cent while at the same time, other drugs we have been using for years are even below this benchmark of efficacy. We use influenza and vaccines against Tuberculosis but still people contract it," Jayalal explained.

"Even natural infection cannot determine the level of antibodies it would create in the body. Some may develop less antibodies, some may exhibit high titers of it while a few may never develop at all. Good thing is that the vaccines are producing antibodies and it's enough at this stage," he added.

Jayalal also said that the vaccine would work against the current and mutant strains of the coronavirus. Such claim was earlier made by Bharat Biotech for its Covid vaccine, Covaxin, which is approved for restricted emergency use in a clinical trial mode'. However, the firm is yet to present the data confirming its claim.

The apex association of modern medicine practitioners in the country has come out publicly endorsing the safety and efficacy of Covid-19 vaccines. In a statement issued on Monday, it said that the association stands with the scientists to endorse the safety and efficacy of both Covaxin and Covishield for public awareness and to counter myths on vaccine percolating in social media.

The IMA has also appealed to its its 3.5 lakh members in 1,800 local branches to actively take part in the mission of Covid vaccination programme rolled out by the Government of India. "Come out to get vaccinated first to show to the world that these vaccines are safe and efficacious," it had said.

Despite the efficacy of both the vaccines still unknown, the IMA has endorsed the vaccines. When asked about it, Jayalal said the association had a detailed discussion on such aspects with the government agencies. "After analyzing all the scientific data, we have decided to come out firmly in support of the vaccines," he added.

India's drug regulator has approved two Covid vaccine candidates -- Covishield by Serum Institute of India and Covaxin by Bharat Biotech -- for the massive inoculation drive against the Covid-19.

The immunization drive will start from January 16. The vaccines have already reached many of the primary hubs to be distributed further before the roll-out.