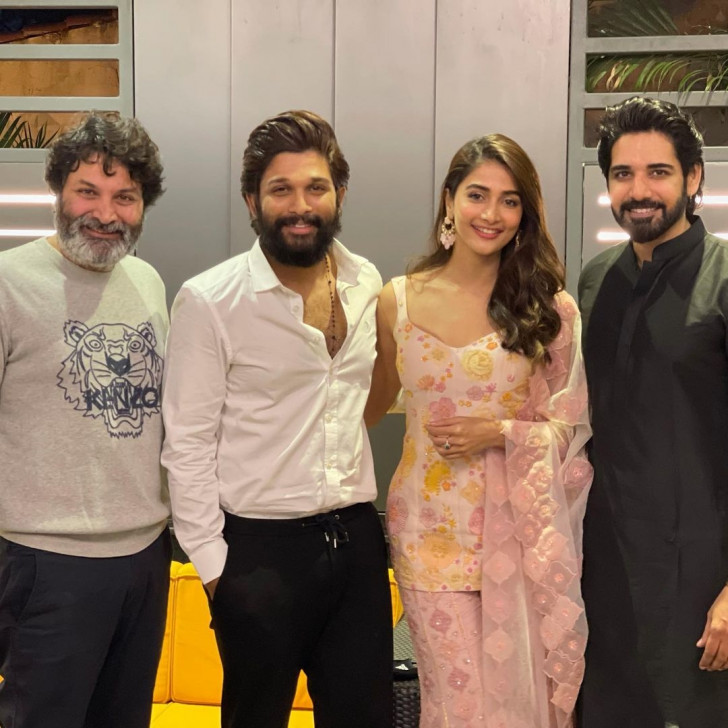 Hyderabad, Jan 12
Telugu star Allu Arjun on Tuesday celebrated the first anniversary of his film Ala Vaikunthapurramuloo. He had a reunion with the film's team, including director Trivikram Srinivas, too.

Sharing a pic of the reunion, he posted on Instagram: "One year ReUnion of AVPL. Thank you all for this unforgettable and a memorable film. Thank you all. Gratitude forever."

His co-star Pooja Hegde tweeted photos from the celebration and wrote: "We just HAD to celebrate the 1st birthday of this one! #massive #alavaikunthapurramuloo #1yearofAVPL."

Apart from the film's team meeting up to mark the occasion, three rappers including Roll Rida, Asura and Harika Narayan performed a rap that chronicled the journey of Arjun from his first film (Gangotri) to Ala Vaikunthapurramuloo.

The film, co-starring Tabu and Jayaram, revolves around Bantu (essayed by Arjun), who grows up being constantly subjected to his father's scorn, until he learns of his real parentage. He decides to carve a place for himself within the family he truly belongs to.

Along with the film, its soundtrack was also a big hit, with songs such as "Butta bomma" and "Samajavaragamana" becoming chartbusters.