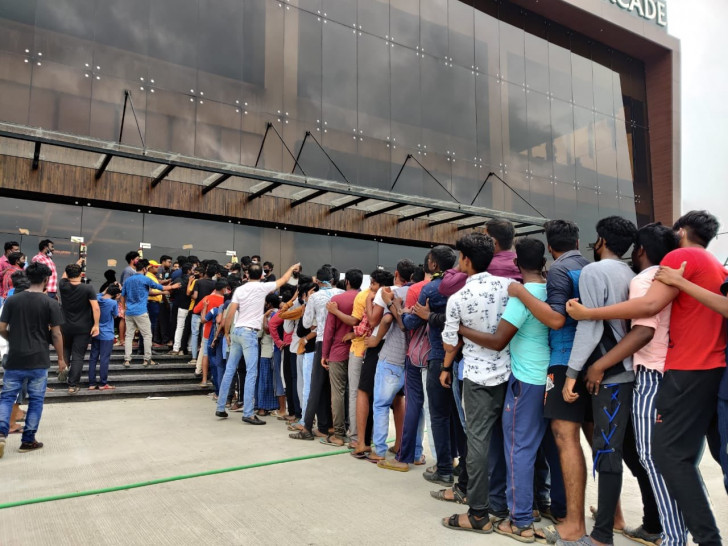 Coimbatore, Jan 12
Tamil cinema's 'Thalapathy' Vijay comes together with 'Makkal Selvan' Vijay Sethupathi in the highly-anticipated film Master, and fans eager to advance-book tickets are clearly in the mood to relax social distancing norms, going by pictures doing the rounds.

Film trade analyst Komal Nahta on Tuesday tweeted photographs of the crowd outside a multiplex in the city for tickets of the Tamil action drama, which hits theatres on January 13.

"People in queue at Miraj multiplex in Coimbatore to buy tickets for tomorrow's show of 'Master'!!" Nahta tweeted.

Netizens reacted to the pictures of the huge que outside the multiplex.

"Crazy. No social distancing. Looks like theatres need to be closed again to protect people from themselves!" commented a user.

Buzz for the film has been high ever since shoot began for the film, which will witness a face off between the two actors with mega fan following.

The makers have also planned to release the film dubbed in Hindi on January 14 in cinemas across North India.