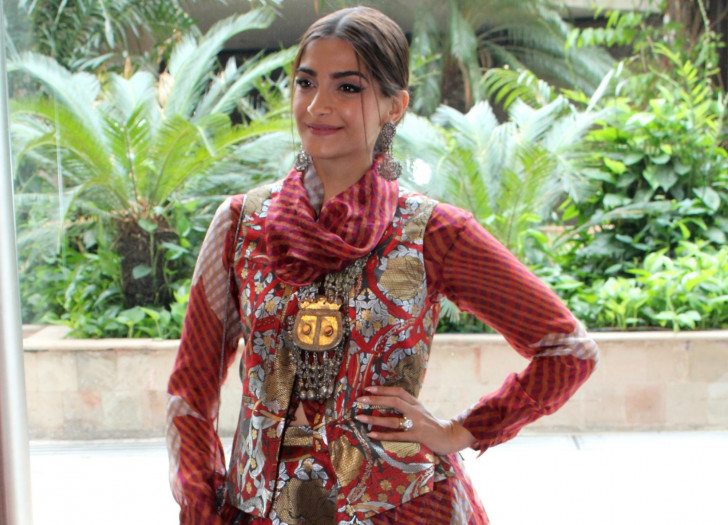 Glasgow, Jan 12
Sonam Kapoor Ahuja is going all out for her role of a blind person in the upcoming thriller, Blind. Apart from learning the nuances of body language for her role of a visually-impaired person, she has also taken to dietary regulations to look the role.

"Sonam has been on a healthy diet to maintain the required look in the film. She is expected to resume shoot post pandemic, and she has been involved in various discussions and researches with the film's director. She also has a coach to train her for the part of playing a visually impaired character," said a source in the unit of the film.

The actor is currently shooting in Glasgow for the film, directed by Shome Makhija and bankrolled by Sujoy Ghosh.

This is the first time that Sonam will be seen portraying a visually-impaired girl. The actress also spends considerable time regularly with director Shome to understand the role, so it is easy to get into the skin of her character.

Sonam's last starring role was in the 2019 release The Zoya Factor opposite Dulquer Salmaan. The film bombed on release. Recently she did a cameo as herself in Vikramaditya Motwane's thriller AK Vs AK.