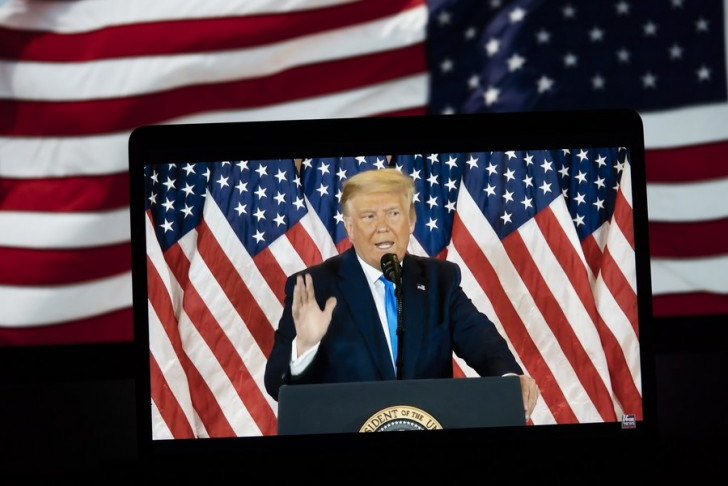 Washington, Jan 12
Outgoing US President Donald Trump, who is facing the prospect of an unprecedented second impeachment following the storming of the US Capitol last week, on Tuesday denied that he had any role to play in inciting the violence.

"We want no violence," he told reporters as he left the White House for a trip to Texas to visit a section of the border wall, adding: "Never violence, absolutely no violence."

Trump condemned the Democrats' latest effort to impeach him as "continuation of the greatest witch hunt in the history of politics", the BBC reported.

Speaking to reporters at the Andrews Air Force Base in Maryland before his flight, Trump again sought to refute the charge that his speech at a rally of supporters had caused the attack on the Capitol when a joint session was underway to certify the Electoral College victory of President-elect Joe Biden and Vice President-elect Kamala Harris.

"If you read my speech - and many people have done it and I've seen it both in the papers and in the media on television - it's been analysed and people thought that what I said was totally appropriate," he said.

Trump also claimed that "other people", including "politicians at a high level", have said that the Black Lives Matter protests and riots last year after the death of George Floyd in police custody were a bigger problem than the Washington incident.

He also alleged that his suspension from social media platforms was causing "anger".