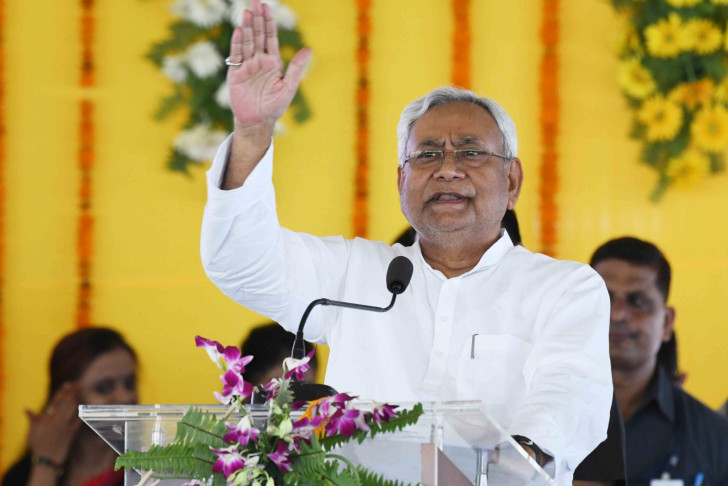 Police said that Rupesh Kumar Singh (40) was entering his Kusumvila apartment at Punaichak locality at around 7.30 p.m. on Tuesday when the assailants opened fire at him. Singh sustained 20 bullet injuries and was rushed to a nearby hospital, where the doctors declared him brought dead.

Nitin Naveen, BJP MLA from Patna's Bankipur, who visited the incident site on Wednesday said that Bihar police should adopt Uttar Pradesh's model of encounters to deal with the criminals.

BJP leader Vivek Thakur said that Patna police should either crack the case within 3 to 5 days, or it should be transferred to the CBI.

Thakur also lashed out at the Nitish government saying that he has no faith in it.

"People like Singh have no criminal background. Still, assailants gunned him down outside his home and that poses a question to the state government," the BJP leader said.

"If we delay in handing over the case to the CBI, it might turn out to be like the Sushant Singh Rajput case where the agency has failed to make any headway due to inadequate evidence," he added.

"Who are behind Singh's murder? He was a private firm employee. The state government should ascertain the reason for his death."

BJP's Maharajganj MP Janardan Singh Sigriwal said: "I have known Singh's family for long. I pulled some strings to get him transferred from Kolkata to Patna. I demand that the DGP arrest his killers soon."