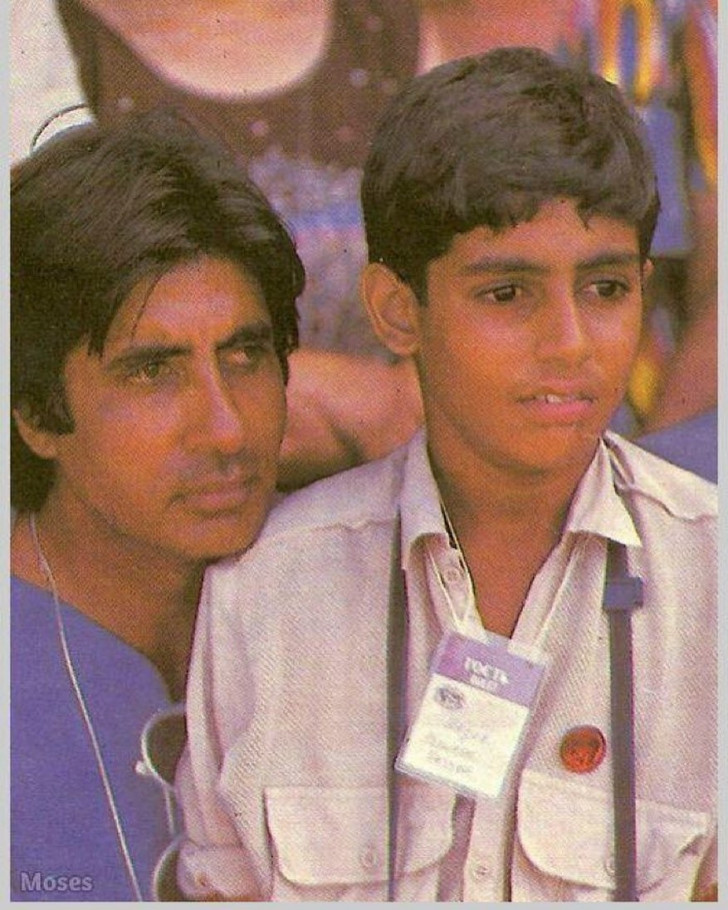 Mumbai, Jan 13
Amitabh Bachchan has shared a throwback picture of the time when his actor son Abhishek Bachchan signed his first autograph.

Amitabh posted a picture on Instagram, which was taken in Tashkent. In the image, he is seen sitting close to Abhishek.

Big B then shared a video clip and said that "Abhishek Film Festival" is being celebrated ahead of his son's birthday on February 5.

"Abhishek Bachchan film festival for his birthday (5-6 February 2021) on Israeli Tv. The film ‘All Is Well' will be premiered also for Abhishek Bday celebration," Bachchan senior wrote.

The 78-year-old actor is busy shooting for his next titled MayDay. The film also stars Ajay Devgn, Rakul Preet Singh and Angira Dhar, and it marks Ajay's return to direction after Shivaay and U Me Aur Hum. The thriller is expected to release on April 29, 2022.

Big B also has Chehre, Brahmastra, Jhund, and an untitled film with Prabhas and Deepika Padukone lined up.