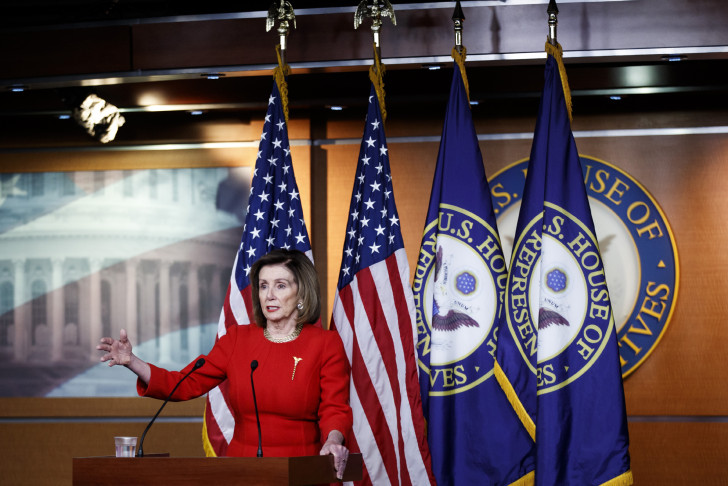 New York, Jan 14
Exactly a week after US president Donald Trump pumped up a mob of his supporters to "fight like hell" against the US election results and they ended up launching a deadly attack on the US Capitol, the House of Representatives is barreling towards impeaching Trump for a second time in his tenure.

The House cleared two procedural hurdles this morning. The votes were 221-205 and 221-203. The final vote is expected this afternoon. Five Republicans have already confirmed they are ready to impeach and all eyes are on how much bigger that number becomes by the time the gavel comes down on a historic session, with days to go before the new administration takes over. Inauguration Day is January 20.

The impeachment debate today is based on a single article: "incitement to insurrection". Speaker Nancy Pelosi said Trump represents a "clear and present danger" to the nation and must be impeached. She said, "We know that the president of the United States incited this insurrection this armed rebellion against our common country. He must go."

Meanwhile, security at the US Capitol has been cranked up to the highest levels ever. More US troops are on Capitol Hill right now than in Iraq or Afghanistan. The troops will remain in place for Inauguration Day as fears rise about the potential for more attacks similar to the one on January 6.

The Federal Bureau of Investigation has already opened 170 cases and warned that there will be hundreds more as it conducts its "unprecedented" investigation into the scope and scale of the US Capitol siege.